FOXTEL Listing Million Dollar New York by Caroline Russo | on April 7, 2021 | 0 comments | in FOXTEL | Like it 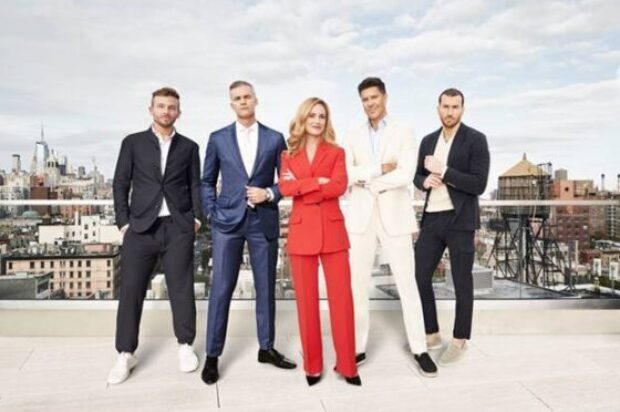 FOXTEL’s FOX ARENA from May 7

Million Dollar Listing New York premieres Friday May 7, same day as US, screening on FOX ARENA at 1:30pm with a primetime encore at 8:30pm AEST and available to watch On Demand on FOXTEL.

Newcomer Kirsten Jordan joins as the first female broker for this series. A top selling agent at her firm and mum to three young children, she’s competitive, tough, and ready to face any obstacle that stands in her way.

This season, the agents face the New York City market in an unprecedented way. At the epicenter of the COVID-19 crisis and facing looming uncertainties, the city is completely flipped upside down. The agents must work together to strategize their listings as city dwellers flee to more scenic locations and listing prices dramatically drop. Despite the real estate crisis, the agents list the iconic New York landmark Ansonia building and work with high-end clientele – Ali Forney Foundation, Kelly Bensimon and a luxury fashion designer.

Ryan recently opened his own brokerage and finally became Serhant the CEO. Banking on the opportunistic market, he seizes the chance to form new relationships with developers, while also juggling to spend time at home with his wife and daughter, Zena, and finalizing construction on their dream home in Brooklyn.

Fredrik attempts to adjust to bi-coastal life but with stay-at-home orders in place, he must innovate to keep up with his New York City listings. From afar, he faces the challenges of setting records in a discount climate and maintaining relationships with developers that question his understanding of the new market.

Steve faces the pandemic head-on in the city with his girlfriend and baby girl, while renovating a new penthouse for his family. As the state of the city remains uncertain, he expands his territory and ventures Upstate where business is booming, with a little help from old friend Dorinda Medley.

Tyler continues to climb his way to the top of the real estate game and is determined to make a name for himself. Unafraid of rivalry, he embraces a newfound confidence and forms a strong professional bond with Ryan while battling some of his other fellow agents.

Newcomer Kirsten Jordan is a powerhouse broker with a portfolio of over half a billion dollars in luxury properties. Ready to make her mark and an athlete at heart, Kirsten approaches each of her listings like a competitive sport. Married to a savvy Italian developer and fluent in the language, Kirsten adds a unique flair to the group with her specialty in the Italian clientele of New York City.

Million Dollar Listing New York premieres Friday May 7, same day as US, screening on FOX ARENA at 1:30pm with a primetime encore at 8:30pm AEST and is available On Demand on FOXTEL immediately after each express broadcast.