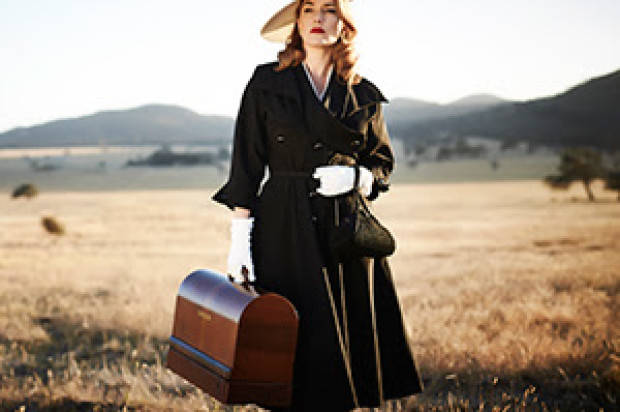 Screen Australia congratulates the producers and creative teams of Australian films The Dressmaker and The Daughter, which have both been selected overnight for the 40th Toronto International Film Festival (TIFF). The Dressmaker will have its world premiere in the red carpet Gala Presentations section, and The Daughter will have its North American premiere in the Special Presentations section. Other Australian talent including Wayne Blair, Nicole Kidman, Naomi Watts and Joel Edgerton will feature over various titles throughout the Gala and Special Presentations sections.
Richard Harris, Head of Business and Audience at Screen Australia, says: “2015 continues to be a banner year for Australian film on the international stage, where the hits just seem to keep coming. The Dressmaker and The Daughter are both such assured and yet distinctive films, and it is wonderful to see them get the profile they deserve at the 2015 Toronto Film Festival. We congratulate directors Jocelyn Moorhouse and Simon Stone, and their creative teams, on their selection into the festival and look forward to supporting their releases to Australian and international audiences in the months to come.”
Director of The Dressmaker, Jocelyn Moorhouse, says: “I am delighted The Dressmaker was officially selected for TIFF. This is a huge honour, and I can’t wait to show audiences the beautiful performances of Kate Winslet, Liam Hemsworth, Judy Davis and Hugo Weaving as well as our extraordinary ensemble cast.”
Producers of The Daughter, Jan Chapman and Nicole O’Donohue, say: “We are delighted to present The Daughter at the Toronto Film Festival as a Special Presentation and our North American premiere. Toronto is a vibrant festival well attended by local audiences and the international industry and is the home of our sales agent, Mongrel International. We look forward to sharing Simon Stone’s debut feature and the moving performances of our ensemble cast.”
   
OTHER AUSTRALIAN TALENT Gala Presentations
Wayne Blair’s Septembers of Shiraz starring Salma Hayek and Adrien Brody and shot by Warwick Thornton, will have its world premiere in the Gala Presentations.
Naomi Watts will star alongside Jake Gyllenhaal and Chris Cooper in the Opening Night film Demolition from director Jean-Marc Vallée.
Special Presentations
Joel Edgerton will star alongside Johnny Depp, Benedict Cumberbatch, Rory Cochrane, Jesse Plemons, Kevin Bacon, Dakota Johnson, Julianne Nicholson, Corey Stoll and Peter Sarsgaard in Black Mass from director Scott Cooper.
Nicole Kidman will star with Jason Bateman and Christopher Walken in The Family Fang directed by Bateman.
Mountains May Depart by Jia Zhang-ke was partially shot in Western Australia.
More announcements by TIFF will happen over the next month in the lead up to the festival, which runs 10–20 September 2015.
http://tiff.net/festivals/festival15
FILM DETAILS
THE DAUGHTER
Screening North American premiere / Special Presentations
Genre Drama
Production Company Jan Chapman Films & Wildflower Films
Writer/Director Simon Stone
Producers Jan Chapman, Nicole O’Donohue
Cast Geoffrey Rush, Ewen Leslie, Paul Schneider, Miranda Otto, Anna Torv, with Odessa Young and Sam Neill