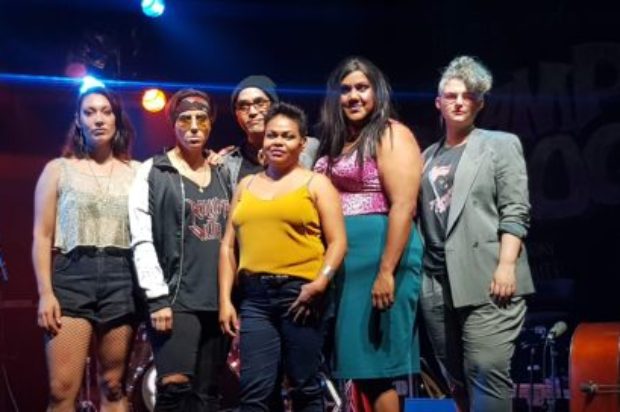 The Act 1 winners were:

Best Male Actor in a Musical – Brent Hill, School of Rock the Musical

Best Female Actor in a Musical – Ursula Yovich, Barbara and the Camp Dogs

Best Visual or Physical Theatre Production – Out Of Chaos…, Gravity & Other Myths

Saluting artistic excellence and achievement on Australian stages over the past year, twenty three (23) prestigious Helpmann Awards were presented in the categories of comedy, cabaret, contemporary music, musicals, opera, classical music, theatre and ballet, dance and physical theatre. These Awards complement the 20 Awards announced last night at the 2019 Helpmann Awards Act I. In addition, the 2019 JC Williamson Award was presented by Paul Kelly AO to the legendary singer-songwriter Kev Carmody, for his outstanding contribution to the live performance industry.

The Helpmann Awards were established in 2001 by Live Performance Australia (LPA). Richard Evans, President of LPA, said “We are proud to present the 19h Annual Helpmann Awards in Melbourne this year for the very first time. The breadth and diversity of Winners, Nominees and performances at tonight’s and yesterday’s events shines a spotlight on Australia’s world-class creative and artistic talent. Congratulations to all 2019 Helpmann Award Nominees and Winners!”

In a world first, the cast of HARRY POTTER AND THE CURSED CHILD performed an exclusive montage at the play’s Australian home, Melbourne’s Princess Theatre, which was beamed live to the thrilled 2019 Helpmann Awards audience at Arts Centre Melbourne’s State Theatre.

The Helpmann Awards Act II was preceded by the Red Carpet Walk with its fun and fabulous frocks, hosted by colourful comedienne Cal Wilson. The celebrations continued late into the night with the After Party at the Sofitel Melbourne on Collins.

Yesterday, the 2019 Helpmann Awards Act I saw the gravitas of Australia’s most prestigious live theatre and entertainment awards meet the atmosphere of a sophisticated jazz lounge, for an up close, upbeat, exclusive industry-only night to remember.

The Helpmann Awards were established in 2001 by Live Performance Australia (LPA).