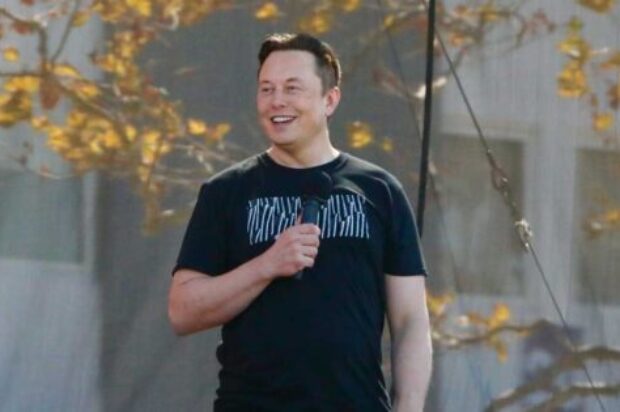 Tesla may start releasing fully autonomous driving capabilities to its customer base from 2021, CEO and co-founder Elon Musk said in an interview in Germany on last Tuesday.

Speaking at an Axel Springer event in Berlin, Musk said he thinks that by 2030 the “vast majority” of new cars will be electric and almost all will have Level 5 autonomous driving.

“Ten years from now, the vast majority of cars will be electric, maybe 70-80% of cars, and almost all (new) cars will be autonomous,” he said at the event he attended to accept the Axel Springer award for “the inventive spirit and innovative power” with which he has “revolutionised several industries”.

He said that this does not mean all cars on roads will be electric and autonomous, because that would take another 20 or so years to turn over the entire global fleet, with new vehicle production accounting for about 5% of that each year.

And it will start next year, according to Musk, who said he is “extremely confident of achieving full autonomy and releasing to our customer base next year.”

Tesla released the beta version of its full self-driving (FSD) software to a limited number of drivers in October, and Musk recently said on Sunday via Twitter that the beta testing program will be widened in the next two weeks.

But to be released to all customers who have ordered the FSD add-on to their Tesla vehicle, it must first be accepted by regulatory authorities.

Musk thinks this won’t be an issue, because “if you’re able to accumulate billions of kilometres of autonomous driving” that shows it is much safer than non-autonomous driving it will be hard for regulators to argue against Level 5 autonomy.

“Safety is much greater even with (basic) Autopilot,” Musk said.

On its website it says that in the third quarter of 2020, it “registered one accident for every 4.59 million miles (7.38 million km) driven in which drivers had Autopilot engaged,” compared to National Highway and Traffic Safety Authority (NHTSA) data which it says registers one accident every 479,000 miles (770,876 km) of driving.

Musk says that he believes people will rather use Level 5 autonomy than drive themselves in traffic.

“It’s fun to drive a well handling car on a winding road in beautiful terrain,” he said, adding, “it’s not fun to drive in terrible gridlocked traffic.”

But the transition to electric vehicles will also great more demand for electricity, he noted, adding to demand for more renewable sources of energy.

As the transition to electric cars picks up pace, intermittent electricity from renewable sources such as wind and solar will need to be stored in batteries, Musk said.

“Together with large battery packs, both things need to be combined, wind power with battery packs and solar energy,” Musk said.

Tesla is, of course, not only an electric car maker but also an energy storage company.It is the most valuable car maker in the world worth almost triple that of Toyota with a $US554 billion ($A750 billion) market cap, although Musk has again warned that he believes the company’s share values are too high.

“When looking at our actual profitability, it is very low at around 1 per cent for the past year. Investors are giving us a lot of credit for future profitability, but if, at any point, they conclude that’s not going to happen, our stock will immediately get crushed like a souffle under a sledgehammer!” Musk wrote in the email that was reportedly seen by Bloomberg.

At the event in Berlin, Musk was asked whether Tesla would consider acquiring another car maker given its market value would make launching a takeover bid easy.

Musk said yes, if it was agreeable to the other company.

“We are definitely not going to launch a hostile takeover. If somebody said it would be a good idea to merge with Tesla, we would have this conversation,” Musk said.

Words are from The Driven