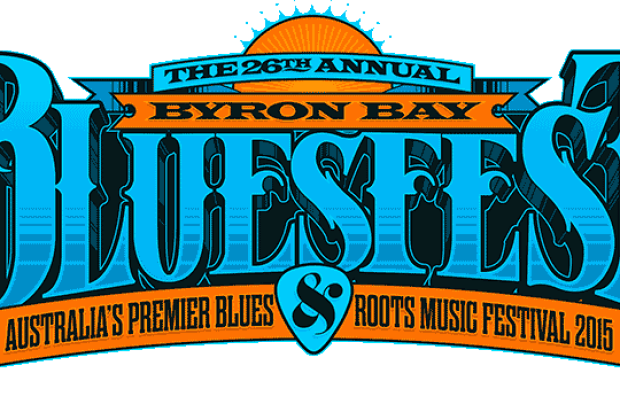 “This is my first Bluesfest, it’s epic. From the moment we stepped out of the van…this vibe, you can’t create it, it just exists here”
-Hunter Hayes

“My second time here, it’s a wonderful musical experience… if i’m gonna get on an airplane for fifteen hours it better be for Byron Bay Bluesfest”
-Chris Robinson

“I love this festival more than any other festival that I’ve been a part of… it’s the best crowd i’ve ever played in front of too…it’s really fun.”
-Donavon Frankenreiter

The 26th annual Bluesfest hosted 89 bands, a total of 908 artists and their tour party members and reported 105,000+ attendances over the Easter long weekend. The festival has been hailed a remarkable success from organisers, artists, patrons and the media who enjoyed the festive atmosphere which was palpable throughout the five days.

“The rains came, some of the headline artist didn’t come however it seems like we just had our second biggest festival ever because the Blues and Roots fans know that Bluesfest is the place to be at Easter. There were magic performances by so many artists from Brittany Howard of the Alabama Shakes, Paolo Nutini, David Gray, Jurassic 5, Playing For Change, Ben Harper and the Innocent Criminals and many many more. The legend shone, Jimmy Cliff was magnificent, Mama Africa Angelique Kidjo danced the house down, Mavis Staples and Charles Bradley showered us with Soul music.

It was just a magnificent festival. Special mention must go to Steve Smyth an Australian artist who will be a household name soon. On the last day we had a huge yoga session headed up by Michael Franti and Jay Bowman and here’s hoping we can get George Clinton and Parliament Funkadelics’ set down to less than three and half hours and to finish by midnight.

We had the best time, the best festival- goers , all put together by the best team of people who care about putting on great shows, there is no-one on the Bluesfest staff that isn’t outstanding. “

2015 was a year for impromptu artist sit-ins, just some of them include:
Donavon Frankenreiter: Jack Johnson, G. Love, Jake Shimabukuro, Kristy Lee

BLUESFEST BUSKING COMP:
The annual Bluesfest Busking Competition saw Central Coast’s Grizzlee Train win the title for 2015 and earn a spot on the Delta Stage on Easter Monday. The very happy winners were even joined by Kasey Chambers for their Bluesfest debut. Hoo8hoo impressed with their incredible guitar work and took home the Grommet Comp.

CHARITY HIGHLIGHTS:
Cystic Fibrosis raised $48,000+ throughout the duration of the festival through their guitar raffles of donated Gibson guitars. Over the last 16 years Bluesfest has raised approximately $422,000 for the Charity. There was a number of other charities onsite including the inspirational World Music Foundation Playing For Change.

VOLUNTEERS:
A total of 500 volunteers aged from 18-75, contributed to the success of the festival, with a remarkable 43% volunteer return rate reported.