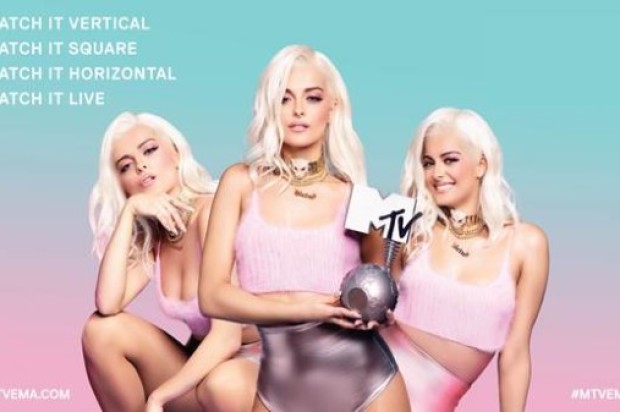 TUNE INTO THE MTV EMAS ON MONDAY, NOVEMBER 7TH FROM 6AM, ONLY ON MTV

MTV has announced international pop star Bebe Rexha will host the 2016 MTV EMAs in Rotterdam, Netherlands on Monday, November 7th from 6am, only on MTV. She will also hit the stage to perform some of her chart-topping international hits including her smash dance single, “In The Name Of Love.”

The Brooklyn-born songstress will take the Ahoy Rotterdam stage for the first time ever to host one of the globe’s biggest nights in music. Rexha has two nods under her belt for “Best New” and “Best Push,” the latter referencing the brand’s ongoing MTV Push initiative that amplifies artists on the rise. She reigned as the MTV Push artist this past June and was previously nominated for “Best Collaboration” at the 2015 MTV EMAs.

All four acts will be making their first appearances on the MTV EMAs stage, joining three-time EMA winner and global superstar Bruno Mars.

Fans will also see DNCE and Lukas Graham face off in two categories—“Best New” and “Best Push,” the latter referencing the brand’s ongoing MTV Push initiative that amplifies artists on the rise. All four have been named MTV Push artists, with Mendes winning “Best Push” (along with “Best New”) at last year’s EMAs.

Tune into the 2016 MTV European Music Awards on Monday, November 7th from 6am, only on MTV.