Gympie Music Muster Music music festival by Caroline Russo | on May 31, 2016 | 0 comments | in Music Festivals | Like it 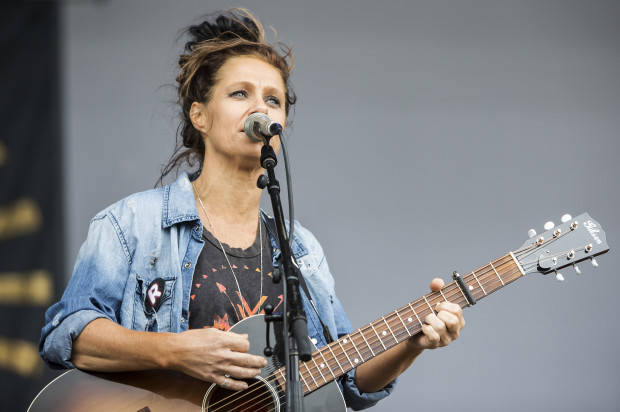 MUSTERING ANOTHER CROP OF TALENT

Just when you thought this year’s 35th Gympie Music Muster couldn’t get any better, the third artist lineup announce boasts another illustrious selection of artists to join the already stellar cast including Kasey Chambers, John Williamson, Troy Cassar-Daley, Beccy Cole and The McClymonts.

Commenting on her inclusion in the 35th Anniversary celebration, Sara Storer is proud to be invited to the Muster stage, saying: “The Muster has always been my favourite festival and I feel privileged to be invited to perform in the year of its 35th anniversary. With so many great artists and featured shows it’s sure to be very special.”

The 3rd line-up of artists announced to join the Muster bill includes:

Sara Storer joins the Muster off the back of her sixth album Silos and just before she takes off to tour with Fanny Lumsden later in the year. The highly acclaimed Australian performer and multiple Golden Guitar winner will grace the Muster stage with new songs written since moving from Darwin to Albury 18 months ago. Having a rural upbringing on a wheat farm in Victoria and living close to the land ever since, her new songs resonate with a rich and emotive belonging to the Australian outback landscape and people, including her four sons who feature on the album.

The talented Warren H. Williams, often regarded as one of the best and most highly decorated indigenous artists will also perform, accompanied by Dani Young to perform fan favourites and classics. Williams is proud to share unique cultural stories in performance with honey-toned singer songstress Dani Young as they perform their latest release Desert Water which contains universal themes of love and loss, family, friendship and reconciliation. Having performed with John Williamson, and being the first Black (Aboriginal) and White Australian duo to record an album in Nashville, the pair are captivating audiences and as they share Williams’ proud indigenous heritage through timeless country music ballads.

Charming country songstress and 2014 X-Factor finalist Caitlyn Shadbolt returns after a hugely successful year of accolades and awards. The 20 year old Gympie girl already has a long list of accomplishments. With chart topping iTunes success from her single ‘Maps Out The Window’, #1 status for her ‘Shoot Out the Lights’ video on Airplay and CMC charts, and top 10 self-titled EP ARIA chart ranking, Caitlyn continues to win over new audiences across the country.

In the spirit of celebrating the event’s rich 35-year history Mike McClellan will feature with Greg Doolan and Jade Hurley in a special 35th anniversary tribute. This all-star special event called ‘COLLABORATION’ will be a fitting finale to 35th anniversary celebrations when it closes the Muster on the main stage on Sunday 28th August.

The third artist line-up was also announced today at the Mates4Mates charity partner launch event which formally welcomed Mates4Mates as the beneficiary of the charity proceeds. This will help them continue their work with recovering Australian Defence Force personnel with mental and physical injuries as a result of their service.

Run by the community, for the Community, the Muster continues to be a not-for-profit charity event which has raised in excess of $15 Million for local community groups and charities Australia wide since its inception.

Held in the Amamoor Creek State Forest in the beautiful Sunshine Coast Hinterland, the Muster will feature over 120 stellar artists in more than 300 performances across multiple stages. An unmissable event for music lovers, one ticket price gives Muster goers free camping and multi-venue access to all performances to experience everything Australia’s biggest country music celebration has to offer.

From its humble beginnings in 1982, The Muster has grown from a small celebration to an iconic event that defines the region and has placed Queensland on top of the map for Country Music festivals. Muster co-founder and legendary country musician Berard Webb of The Webb Brothers says the event has always been about ‘mates, music and making a difference.’

With Australia’s best country music talent at one event for four spectacular days and nights, the 35th celebration of the Gympie Music Muster 2016 is going to be unforgettable.

Festival tickets range from $85 – $370 per person which includes camping. A number of other packages are also available. Children under 13 free; and youth (under 18) tickets start at $10 – please note all minors must be accompanied by an adult.
(Prices correct as at 31 May 2016)