4 Ways To Keep Entertained In Line For A Show 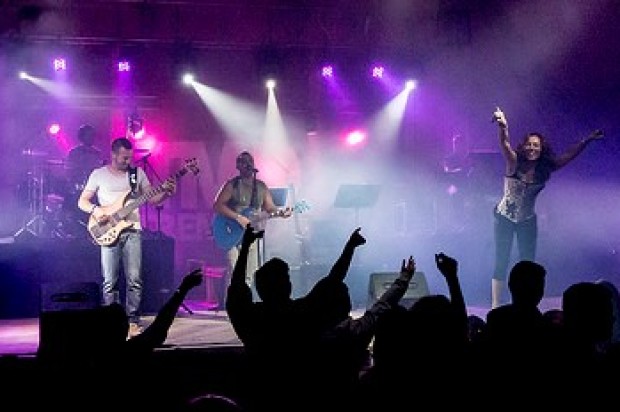 “Concert” (CC BY 2.0) by  ManelTor
4 Ways To Keep Entertained In Line For A Show
There are plenty of ways to have a great time at a concert, but some experiences go above and beyond. We’ve all been there – the excitement of seeing our favourite artists just gets too much, and we show up five hours (or more) before the doors actually open. But then what?! Sit there idly and hope you don’t freeze to death? Even in warm weather, it can be boring just waiting around. So, how do you pass the time?

Talk To Your Fellow Fans
Whether you came in a group or all by yourself (hey, some bands are just too good to miss…), a concert is always a perfect place to make friends. If other people are there early too, chances are they’re just as obsessed with the band as you are. Alternatively, they might be super into the supporting acts, meaning you get to hear about new music and even become familiar with it before they take to the stage. Sometimes, the support acts are completely different, but they become your new favourites. Look at Five Seconds Of Summer. Being put on a tour with One Direction made them absolutely huge, even though they have a slightly more ‘edgy’ vibe. Either way, you’re bound to have something in common with the people also waiting around, and who knows? You might be able to use them as concert buddies (and beyond) for many years to come!
Have Some Down Time
You’re about to get hot, sweaty and possibly a little tipsy once you get inside the gig venue, so take the time outside to relax and regroup before the madness begins. Being at the front of a queue usually means you’re dying to get to the front of the entire gig, so you’ll be at the barrier, and very possibly crushed. All for the love of music! Why not take some time to do a #humblebrag about your day on social media? Or snap the rest of the fans waiting on SnapChat? If all that interaction is simply too draining, you have the option of unlimited free play on some fun online gaming sites – you can even play Game Of Thrones slots or even – fittingly – a Guns And Roses Themed one.
Oh, and don’t forget to ask someone very nicely if they’ll hold your spot whilst you head to the bathroom! Once you get inside, it’s every man and woman for themselves.
Learn The Songs
There’s nothing worse than going to a concert, seeing everyone else singing along, and only being able to open and close your mouth like a goldfish. How embarrassing! To avoid awkwardness, why not use the time you’re spending waiting to get in to avoid those kinds of situations? These days, you can Google song lyrics to just about anything. Of course, if you’re so keen on an artist that you’ve arrived hours early, you’re probably pretty savvy on this front anyway. However, there are always b-sides or demos to remember – so get yourself informed whilst you have the time; it’s fairly easy! 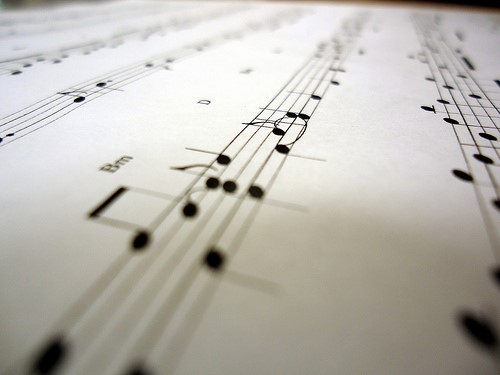 “Music” (CC BY 2.0) by  Brandon Giesbrecht
Prepare To Meet Your Idols
It’s not a given, but showing up early to a show increases your chances of meeting your fave band or singer. You’ll need to remind yourself to just act naturally. Being cool, calm and collected will limit the chances of the artists running away. Just remember that they’re people, too! In fact, some bands are known for it. Be normal around Adam from Taking Back Sunday, for example, and you could wind up grabbing a drink with him afterwards.
Good luck, stay hydrated, and have fun!