An On Centre Stage Review of Scenes from a Marriage.

Ben Winspear. couples Ingmar Bergman Marriage Marta Dusseldorp reviews in theatre Scenes from a Marriage by Caroline Russo | on November 20, 2017 | 0 comments | in On Centre Stage | Like it 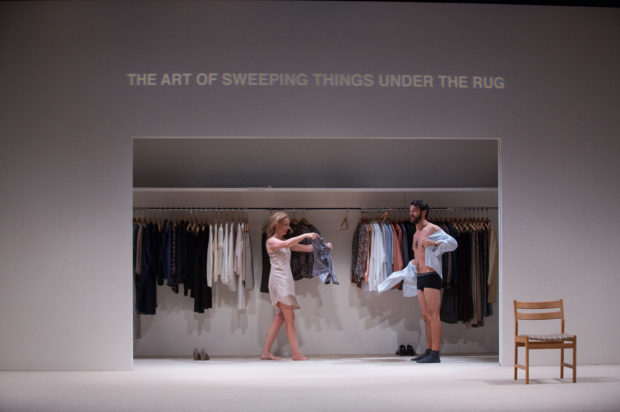 Scenes from a Marriage

An On Centre Stage Review of Scenes from a Marriage.

On the front page of the Queensland Theatre Company’s program for the new production of the Ingmar Bergman inspired and Joanna Murray-Smith written, Scenes from a Marriage, there’s a picture of Marta Dusseldorf sitting demurely in a classic female pose with her legs crossed.

On the back page there’s an image of a definite actress, promoting next year’s program, with her legs open (albeit clothed) seeming to say come and get me.

They are two strong images of the modern woman but, of course, life is more complex than that.

People feel, people hurt, people care, and, despite the terrible way we have treated women down the centuries, women are people.

Sometimes I don’t think men get that.

In the Scenes from a Marriage, now playing at the Queensland Performing Complex’s Playhouse Theatre, we see the Swedish take on the rocky road of a seemingly perfect marriage disintegrating.

The play is based on a 1970s TV mini-series, which according to the QTC’s own reports, was condemned for causing a spike in Scandinavian divorce rates. 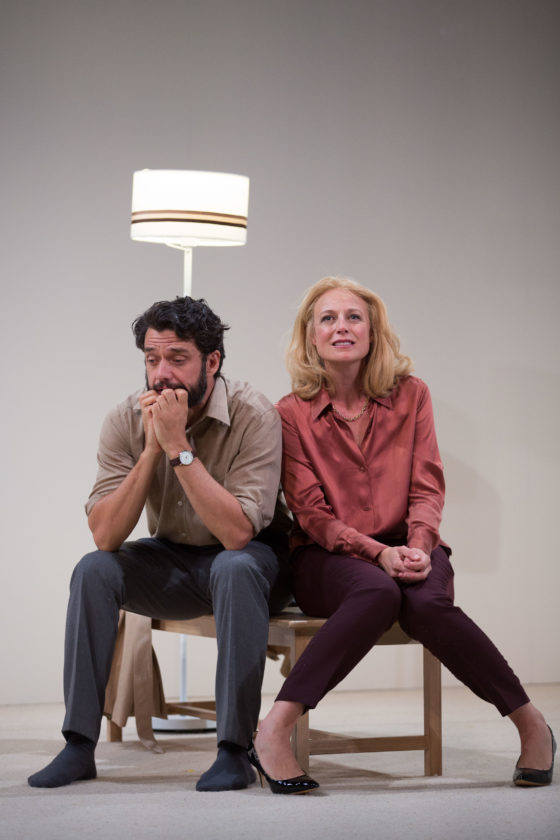 In this production the principal roles are played by real-life couple Marta Dusseldorp (ABC’s Janet King) and Ben Winspear.

Then there’s a trio of actors including Loani Arman, Christen O’Leary and Hugh Parker playing characters who float inside and outside their space.

To begin with we meet a seemingly perfect couple divorce lawyer Marianne (Marta Dusseldorp) and academic Johan (Ben Winspear) who appear to be in a perfect marriage.

However, we soon learn that picture perfect is flawed as Johan has found someone else and we come out at half time hating him.

But their on-off relationship is much more complicated than that – as is life – and the whole culminates in one of the most dramatic on-stage scenes this reviewer has seen in recent times.

The much loved star of TV Marta Dusseldorp holds the stage for much of the production and her real-life partner Ben Winspear is definitely a match.

Somehow this duo bring humor and life to their characters and it was heartening to see Dusseldorp give her partner a reassuring kissed on the lips when it came to curtain call.
I don’t really think you need to bring your divorce lawyer to this one.