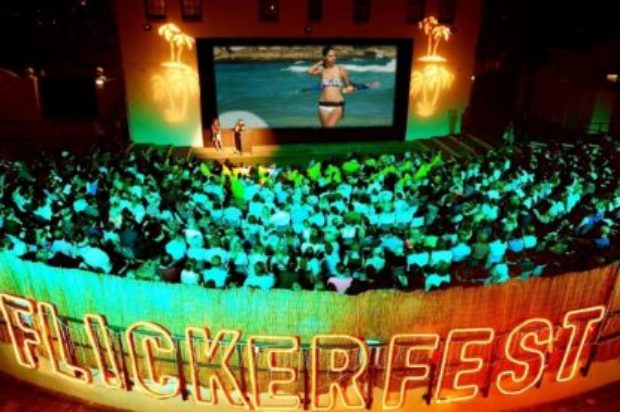 Key highlights in the Australian program include the NSW premiere of Martha the Monster, starring Rose
Byrne and her husband Bobby Cannavale. The Australian program will also welcome the World Premiere of
Second Best, a dark comedy directed by award-winning Australian director, writer and actress, Alyssa
McClelland Second Best tells the story about the power of identical twin sisters and the invisible,
unbreakable bond that binds them, no matter what might try and break them.

The prestigious International program will feature Across My Land, a film portraying an American family at
the Mexican border, produced by Joaquin Phoenix and was nominated for a Palme d’Or for Best Short film
at Cannes Film Festival earlier this year. Flickerfest will also screen the Australian premiere of Five By Five,
starring award-winning English actor Idris Elba. The film depicts a young man lost within a bustling metropolis,
where a chance encounter leads him to make a dangerous decision, igniting a chain reaction of events.

All films officially selected at Flickerfest will compete for a number of hotly contested awards across various
areas of the filmmaking craft, including the Flickerfest Award For Best International Film, the Yoram Gross
Award For Best Animation and Virgin Australia Award For Best Australian Film, all Academy® Accredited.
FLiCKERFEST is Australia’s leading Academy®™ accredited and BAFTA recognised short film festival and
kicks off the summer cinema season under the stars at Bondi Beach, screening the best short films from
Australia and the world in the chilled and iconic location of the Bondi Pavilion from Friday 12 January to
Sunday 21 January.

After wrapping up the 10-day festival in Bondi, the very best flicks from the festival will then hit the road to
50+ destinations across the country for its annual tour between January and May 2018. FLICKERFEST is fresh
bite-sized global cinema at its very best – the must-attend summer event not to be missed!
Stay tuned as tickets are released and the full Flickerfest programme is revealed Wednesday 13 December,
including all Academy Qualifying competitions, our FlickerUp National Youth Competitions alongside a
range of showcase programmes including Short Laughs – comedy mix, Love Bites – juicy relationship shorts,
FlickerKids – a delightful family programme, Rainbow shorts LGBTQ+ programme and more…

We look forward to welcoming you at Flickerfest 2018!