ADAM RENNIE IS THE NEW FRANKFURTER

casting rocky horror show stage shows on now thearte by Caroline Russo | on January 10, 2018 | 0 comments | in Theatre | Like it 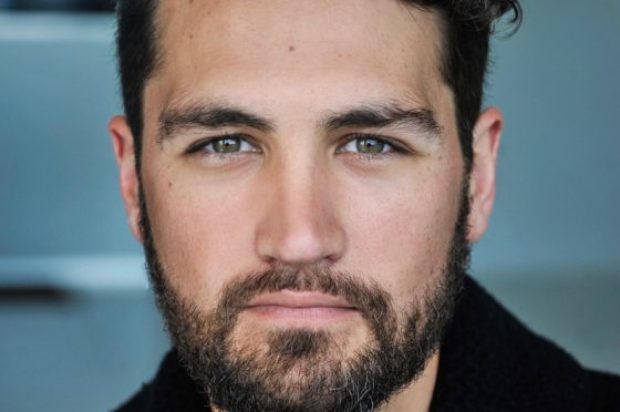 Producers Howard Panter, John Frost and GWB Entertainment today announced that Adam Rennie will
perform the role of Frank N Furter for the forthcoming Brisbane and Perth seasons of The Rocky Horror Show.
Adam took to the stage in Adelaide last night, where the show is currently playing, to rapturous applause and
Producer John Frost said he was proud of the excellent performance delivered from the full cast and was
looking forward to bringing the show to QPAC in Brisbane next week.

The Adelaide Advertiser said “Rennie has the looks, the legs, the luscious lips and most importantly of all,
the lungs to make a meal of this iconic role……the night was Rennie’s and it was a triumph, and the
audience stood and screamed their heads off.”
Rennie recently returned to Australia after moving to New York in 2012 where he performed in Dirty Rotten
Scoundrels, Priscilla Queen of the Desert, the Australian musical Once We Lived Here and the national tour
of Flashdance -The Musical. He is a 2008 graduate of The Western Australian Academy of Performing Arts
and his Australasian credits include Crazy for You, Jekyll & Hyde, The Producers, Prodigal and Love Never Dies.
He has also worked alongside the legendary Debbie Reynolds in Irene.
He will be joined on stage in Brisbane by Cameron Daddo playing the Narrator, Kristian Lavercombe who
astounded audiences in the 2014/15 tour as Riff Raff, musical theatre favourites Amanda Harrison as
Magenta, Nadia Komazec as Columbia and Brendan Irving as Rocky. Playing the roles of Brad and Janet, the
naïve young couple caught up in a situation they don’t understand, are Rob Mallett and Michelle Smitheram.
The ensemble cast includes Geoffrey Winter, Bianca Baykara, Ross Chisari, Hollie James, Hayley Martin and
Stephen McDowell.
The Rocky Horror Show is a true classic and one of theatre’s most endearing and outrageously fun shows. It
opened at London’s Royal Court Theatre on June 19, 1973, quickly developing a cult following, and was
adapted into the 1975 film The Rocky Horror Picture Show, which has the longest running release in film
history. This iconic brand holds a unique place in theatre history, a show which has defied the decades and
continued to grow in popularity.

Millions of people all over the world have and continue to see productions of The Rocky Horror Show and
sing along to classics like Sweet Transvestite, Dammit Janet, I Can Make You A Man, Touch-a Touch-a Touch
Me, Over At The Frankenstein Place and of course, The Time Warp.
Currently playing at the Festival Theatre at the Adelaide Festival Centre until January 13 the production will
then play at QPAC, Brisbane from January 17, the Crown Theatre, Perth from February 17 and Melbourne’s
Her Majesty’s Theatre from July 13.