creatives in film filmmakers pitch ready screen funding Women in Film women in showbiz by Caroline Russo | on August 20, 2019 | 0 comments | in Film News | Like it 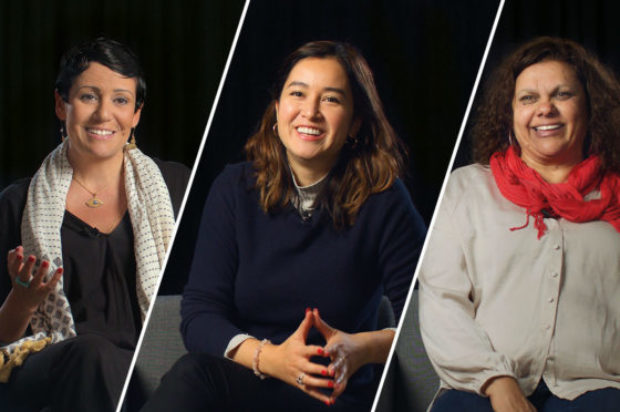 In a significant moment for the local screen industry, Screen Australia has exceeded its long-term Gender Matters KPI, with 56% of projects receiving production funding having at least half of the key creative roles occupied by women, based on a three year average. The KPI was set in December 2015, originally aiming for 50%.

“Over three years ago we set out with the objective of better utilising the talents of Australia’s female screen creatives. Today’s results are an incredible milestone for both Screen Australia and the industry,” said Joanna Werner, Screen Australia Board member, chair of the Gender Matters Taskforce and acclaimed producer. “This is by no means the finish line to achieving gender parity, particularly in writer and director roles, but today we celebrate that systemic change in our sector is well underway.”

The KPI considered the key creative roles of writer, director, producer, and in the case of narrative content (drama), the protagonist. The results for 2018/19 show an increase in female participation across features, documentary and online, whilst television remained high.

“I’m particularly pleased to see year-on-year growth in the amount of feature films that met the Gender Matters KPI. There is a substantial slate of female-directed Australian films due for release including Angel of Mine, Ride Like a Girl, The Nightingale, Babyteeth, Judy and Punch, Animals, and Relic, so it’s essential we vote with our wallets and go to see these films in the cinema to support this wave of talent,” noted Werner.

Screen Australia Head of Development, Nerida Moore said, “Gender Matters fundamentally changed the way we make funding decisions at Screen Australia. It put consideration of what stories are being told and who is telling them at the centre of our decision making. The initiative has had a profound impact on our staff, and has primed us to be able to champion inclusivity more broadly.”

From an industry perspective, screenwriter Elise McCredie noted, “Visibility and support for female filmmakers, through initiatives like Gender Matters, has been absolutely fantastic. Stateless which I’m currently showrunning, has predominantly female Heads of Departments. In the past couple of years I believe there’s been much greater awareness of gender equity in both crewing and the composition of writers’ rooms.”

Director of feature film, Judy and Punch, Mirrah Foulkes added, “I really feel a great change in terms of the amount of emerging female directors out there. I feel like there’s a whole swathe of people alongside me, ahead of me, behind me and that feels exciting.”
GENDER MATTERS FUNDING

Four of the Brilliant Stories projects have already proceeded to production including online series Sheilas from Hannah and Eliza Reilly released in 2018, feature film Ride Like a Girl, directed by Rachel Griffiths to be released in September 2019, plus forthcoming features Relic from writer/director Natalie Erika James, and Run Rabbit Run to be directed by Daina Reid.

The suite of Brilliant Careers recipients (also funded in July 2016) focussed on either slate development or providing career opportunities for individuals, with the aim of creating self-sustaining enterprises. Three years later the program is still delivering, with Bunya Productions recently using the funds to host the Engendered Masterclass which provided an opportunity for 12 female creatives to workshop active projects with internationally renowned writer/producer Raelle Tucker (True Blood) and director Jeremy Podeswa (Game of Thrones).

A total of 22 women completed Gender Matters Attachments for Women on television and film projects including Grace Taylor who was a producer’s attachment on drama series Riot, and Lizzie Cater who was attached to the Post Supervisor on the series Picnic at Hanging Rock.

The Nightingale and The Call Back (now known as The Flip Side) received Better Deals distribution funding.

Due to the success of the Attachments for Women program, from July 2017 a new Inclusive Attachment Scheme was introduced for all Screen Australia productions.
In May 2018 Screen Australia updated its guidelines for General Drama and Children’s Programs which stipulate that unless in exceptional circumstances, at least one female director must be used on extended television series where there is more than one filming block.
In July 2018 the agency made historic changes to its Story Development guidelines, removing most barriers to entry. This change was inspired by the success of Gender Matters: Brilliant Stories, which allowed new ideas and talent access to Screen Australia’s development funding.
The agency has continued to offer bespoke industry development opportunities, such as the Brilliant Pitches workshops and public forum held in July 2018, which assisted creatives to pitch their ideas to market.