THE BLACKLIST GOES IN ANIMATION

James Spadar meagan bone Redmond Redington the blacklist by Caroline Russo | on May 7, 2020 | 0 comments | in Entertainment | Like it

The Blacklist is getting crafty in response to the coronavirus pandemic shutting down production.

To close out its seventh season, the NBC crime drama will employ a combination of live-action footage from the partially filmed 19th episode and graphic-novel-style animation. The hybrid episode, titled “The Kazanijan Brothers,” will serve as the finale for the shortened season, which was originally intended to run 22 episodes.

To complete the episode, stars James Spader, Megan Boone, and their castmates recorded audio at home, with the rest of the episode also being animated and edited remotely. 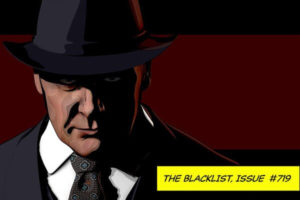 SONY PICTURES TELEVISION
This season on The Blacklist, super-spy Katarina Rostova (Laila Robins) made her grand re-entrance into the lives of Elizabeth Keen (Boone) and Raymond Reddington (Spader). While Liz was not pleased with how her mother chose to scheme her way back into her life, she has since teamed up with her to get the upper hand — and some long-awaited info — on Red. The three have been heading toward quite a collision, and it appears we’ll see some of it play out in animated form.

Wherever the finale leaves the characters, fans can look forward to more of Red’s shenanigans, as NBC has renewed The Blacklist for an eighth season.