FOXTEL james cordon ON DEMAND SONG AND DANCE Tony Awards by Caroline Russo | on May 5, 2019 | 0 comments | in Entertainment | Like it 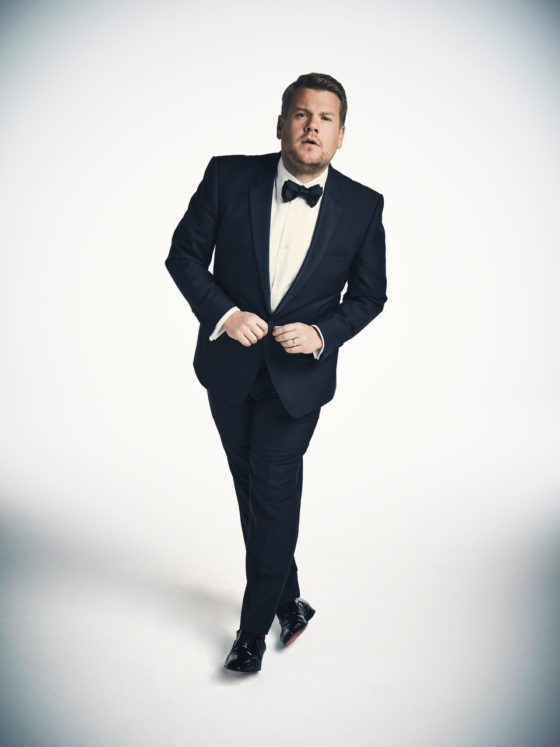 Streamed LIVE and Only on Foxtel Arts Monday, June 10
and available On Demand

Foxtel Arts channel will broadcast Broadway’s ultimate night of nights the 73rd Annual Tony Awards® streamed live from Radio City Music Hall in New York City on Monday, June 10 from 10am and encored at 7.30pm that evening and also available On Demand.

Marking 73 years of excellence on Broadway, The Tony Awards honour theatre professionals for distinguished achievement on Broadway and has been broadcast on CBS since 1978 and are presented by The Broadway League and the American Theatre Wing.

Tony and Emmy Award-winning actor and CBS “The Late Late Show” host James Corden will host the 2019 awards ceremony. This marks Corden’s second time hosting the Tony Awards. He previously hosted the 70th Annual Tony Awards in 2016, which won the Emmy Award for Outstanding Special Class Program. Corden also won a Tony Award as Best Performance by a Leading Actor in a Play for his 2012 performance in One Man, Two Guvnors.

“I’m thrilled to be returning to host the Tony Awards. The Broadway community is very dear to my heart and I’m beyond proud to be part of this incredibly special night,” said Corden.

Nominations in 26 competitive categories for the American Theatre Wing’s 73rd Annual Antoinette Perry “Tony” Awards® were announced overnight. Hadestown, the folk music retelling of the Orpheus and Eurydice myth with a jazz/blues score, led the nominations with 14 nods including a nomination for Best Musical, closely followed by Aint’ Too Proud- The Life and Times of the Temptations with 12 nominations and Tootsie with 11 nominations.

Australian performer and composer Eddie Perfect who wrote the music and lyrics for the Broadway musical Beettlejuice is up for a Tony award for Best Original Score, with the musical scoring eight nominations in total including Best Musical, Best Book Of A Musical, Best Scenic Design, Best Costume Design, Best Lighting Design, Best Sound Design, and for lead actor Alex Brightman for Best Performance By An Actor In A Leading Role In A Musical category.

Best Musical nominations are Ain’t Too Proud — The Life and Times of the Temptations, Beetlejuice, Hadestown, The Prom and Tootsie.

Best Play nominations are Choir Boy, The Ferryman, Gary: A Sequel to Titus Andronicus, Ink and What the Constitution Means to Me.

Best Revival of a Play nominations are Arthur Miller’s All My Sons, The Boys in the Band, Burn This, Torch Song and The Waverly Gallery.

Best Revival of a Musical nominations are Kiss Me, Kate and Rodgers & Hammerstein’s Oklahoma!

Best performance by an Actor in a Leading Role in a Play nominations are Paddy Considine (The Ferryman), Bryan Cranston (Network), Jeff Daniels (To Kill a Mockingbird), Adam Driver (Burn This) and Jeremy Pope (Choir Boy).

Best Performance by an Actress in a Leading Role in a Play nominations are Annette Bening (Arthur Miller’s All My Sons), Laura Donnelly (The Ferryman), Elaine May (The Waverly Gallery), Janet McTeer(Bernhardt/Hamlet), Laurie Metcalf (Hillary and Clinton) and Heidi Schreck (What the Constitution Means to Me).

Best Performance by an Actor in a Leading Role in a Musical nominations are Brooks Ashmanskas (The Prom), Derrick Baskin (Ain’t Too Proud — The Life and Times of the Temptations), Alex Brightman(Beetlejuice), Damon Daunno (Rodgers & Hammerstein’s Oklahoma!) and Santino Fontana (Tootsie).

Best Performance by an Actress in a Leading Role in a Musical nominations are Stephanie J. Block (The Cher Show), Caitlin Kinnunen (The Prom), Beth Leavel (The Prom), Eva Noblezada (Hadestown) and Kelli O’Hara (Kiss Me, Kate).

As previously announced, the 2019 Special Tony Awards for Lifetime Achievement will be presented to Rosemary Harris, Terrence McNally and Harold Wheeler. The 2019 Tony Honors for Excellence in the Theatre will be presented to Broadway Inspirational Voices founded by Michael McElroy; long time Vice President of Theatre Operations for The Shubert Organization, Peter Entin; Founder and President, Scenic Art Studios, Inc. Joseph Blakely Forbes and FDNY Engine 54 / Ladder 4 / Battalion 9. The Isabelle Stevenson Tony Award will be presented to Judith Light for her advocacy work for HIV/AIDS and LGBTQ+. The 2019 Special Tony Awards will be presented to Sonny Tilders and Creature Technology Company the creators of the character/puppet “Kong” for King Kong; musical director and arranger Jason Michael Webb and the late actress and advocate Marin Mazzie.

The 73rd Annual Tony Awards® LIVE and ONLY on Foxtel Arts, streamed LIVE Monday, June 10 from 10am AEST, with a special encore screening Monday, June 10 at 7.30pm AEST and also available On Demand.