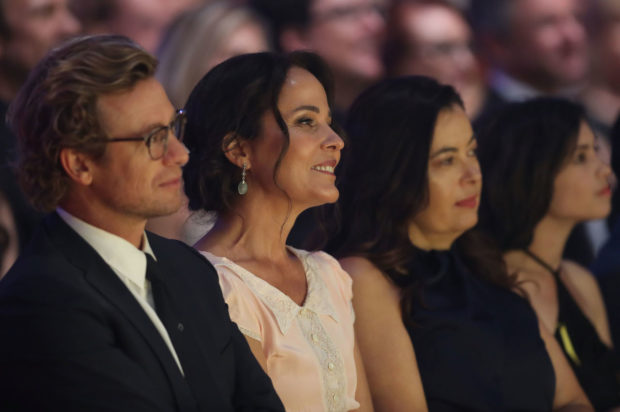 Stars of the big and small screen came together to celebrate Australia’s top screen achievements at
the 7th AACTA Awards Ceremony presented by Foxtel, held at The Star Event Centre in Sydney. 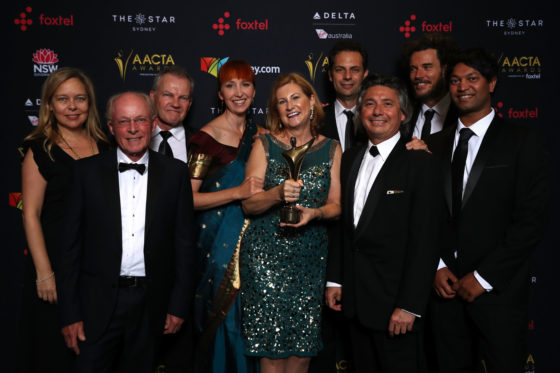 The cast and crew of Lion pose with an AACTA Award for Best Film Presented By Foxtel during the 7th AACTA Awards Presented by Foxtel
Continuing an impressive awards season, LION won all five of its nominated categories, including Best Film
presented by Foxtel, Best Direction for Garth Davis and Best Supporting Actor for BAFTA Award winner Dev
Patel, who received the AACTA International Award for his role earlier this year. It marks a clean sweep for
the Oscar®-nominated film, which won all twelve of the categories it was nominated for.

The film’s nine-year-old star, Sunny Pawar, received the AACTA Award for Best Lead Actor, becoming the
youngest winner in the category. The title had previously been held for 41 years by THE DEVIL’S
PLAYGROUND star Simon Burke, who was 15 when he received the Award.

Oscar®, Golden Globe and Emmy Award winner Nicole Kidman continued her stellar year by winning both of
her nominated categories – Best Supporting Actress for LION, which she won the AACTA International Award
for earlier this year; and Best Guest or Supporting Actress in a Television Drama for Jane Campion’s TOP
OF THE LAKE: CHINA GIRL.
Ten years after receiving her first AACTA Award, Emma Booth tonight took home the remaining feature film
Award for Best Lead Actress for her gripping turn as serial killer Evelyn White in HOUNDS OF LOVE.
Hugo Weaving received his first AACTA Award in a television category, winning Best Lead Actor in a
Television Drama for SEVEN TYPES OF AMBIGUITY. The Award marks Hugo’s third consecutive AACTA
Award, having received Best Supporting Actor at both the 5th and 6th AACTA Awards. 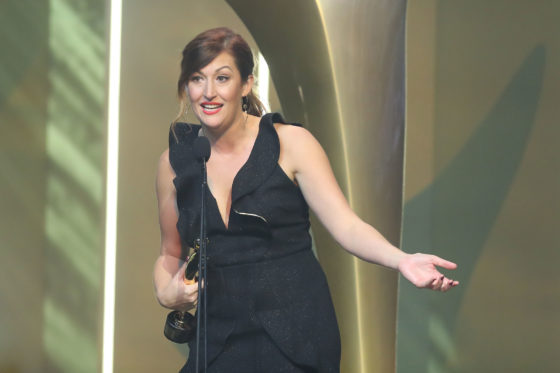 Also receiving her third consecutive AACTA Award was Celia Pacquola, whose performance in
ROSEHAVEN saw her take home the Award for Best Performance in a Television Comedy. 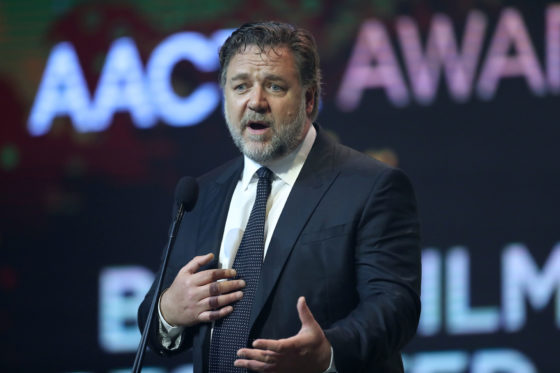 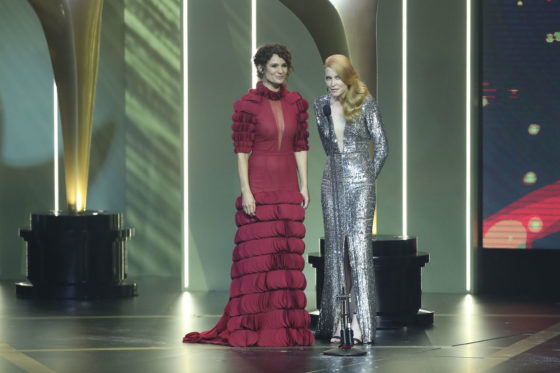 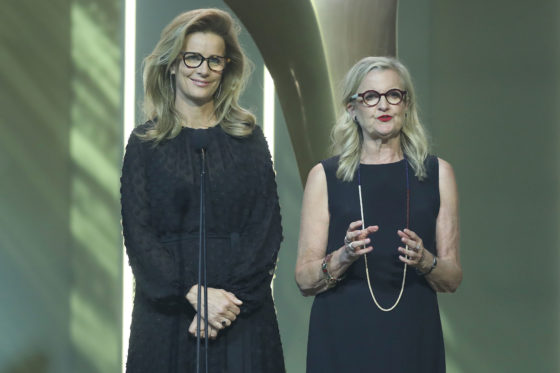 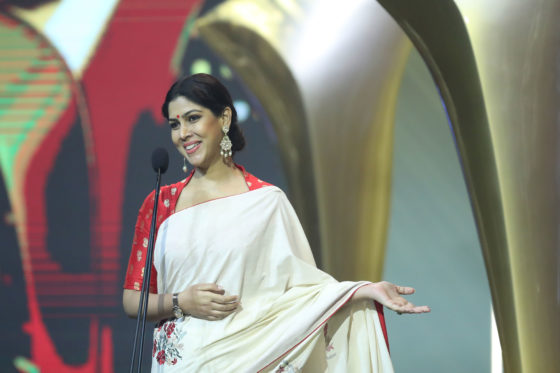 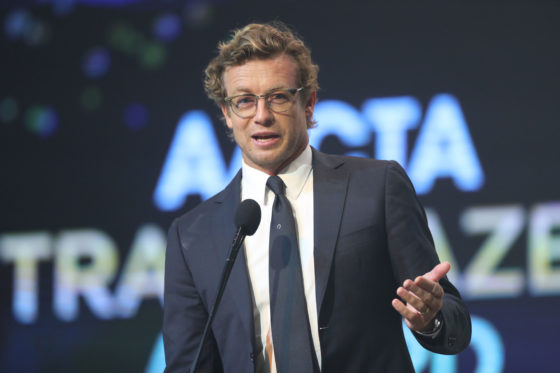 Simon Baker accepted the AACTA Trailblazer Award, which recognises the achievements of an Australian
screen practitioner whose body of work has served as an inspiration to others. Among those who paid tribute
to the Golden Globe and Emmy-nominated actor were Bryan Brown, Ben Mendelsohn, Rachael Blake,
Marcus Graham and THE GUARDIAN co-stars Dabney Coleman and Alan Rosenberg. 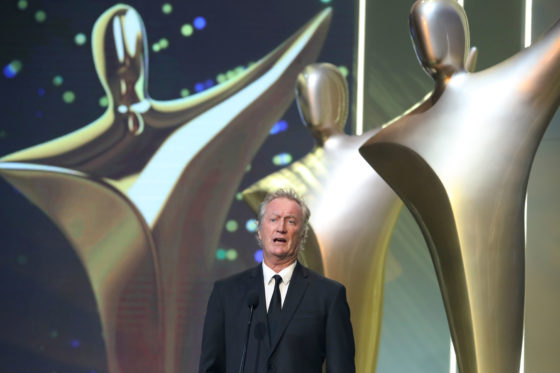 Other highlights of the Ceremony included the presentation of the Byron Kennedy Award to filmmakers Martin
Butler and Bentley Dean, Guy Sebastian’s opening performance of Bloodstone, a medley of hits from
Aussie-rock legends The Angels and a touching In Memoriam tribute from Anthony Callea. 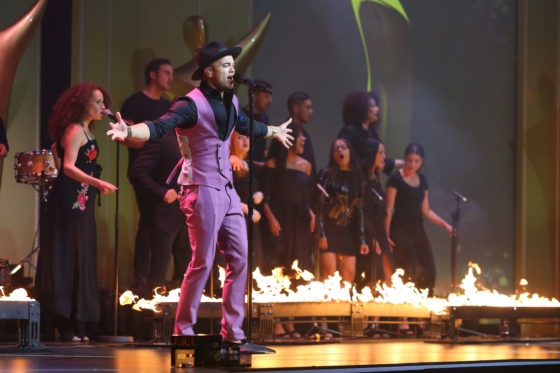 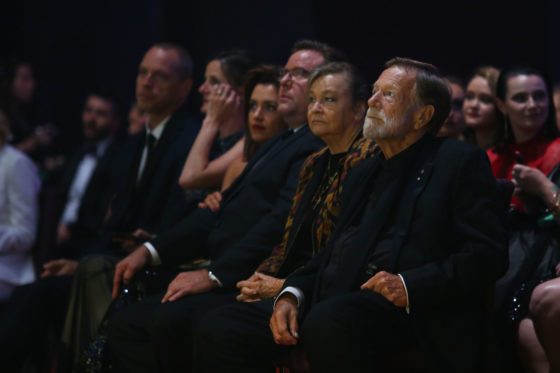 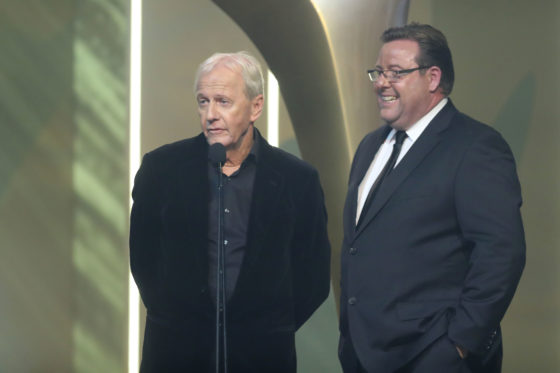 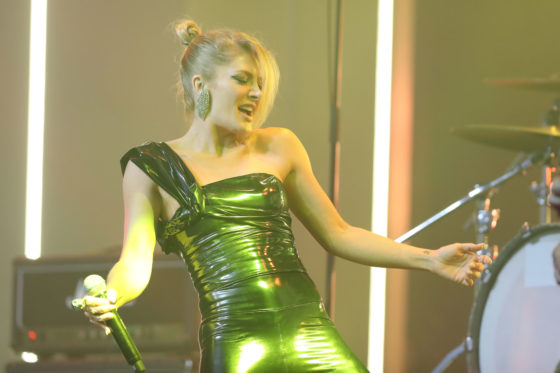 NSW Minister for the Arts Don Harwin said the AACTA Awards are supported by the NSW Government via
its tourism and major events agency, Destination NSW. “Film and television are part of our national culture
and identity, and the AACTAs take this to the world by promoting our best screen productions and creative
talent. The depth of our screen talent is extraordinary, as this year’s winners have shown, with our creative
individuals rightly taking their place alongside the very best in the world.”