A Treasured Private Notebook Due To Open Metro Arts 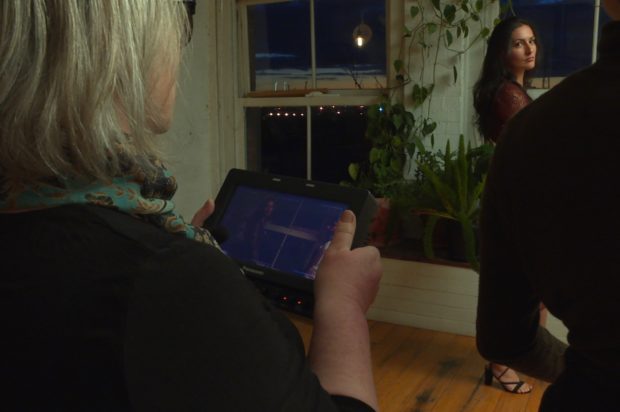 Jones’ new work is a large scale textile installation responding to an essay written by her mother. In 2017, Jones approached her mother to write an essay to accompany a work exploring nostalgia as a coping mechanism for trauma. Hoping for a scathing review of family farm dynamics and conservative racist rural politics, she instead received a touching story about death, loss, and the function of nostalgia. This new work is hand embroidered with an excerpt of text from her mother’s essay, as well as the motif of the Paterson’s Curse invasive weed. Paterson’s Curse covers the landscape surrounding Thea’s mother’s childhood home with a blanket of purple flowers.

Oo It has been an ongoing theme in Jones’s recent works as a representational motif for European colonisation, and a subsequent critical investigation and deconstruction of her own role in this as a white woman.Artists: Ella SowinskaElla Sowinska is an artist and filmmaker whose work is guided by the theoretical discourses