‘A WALK IN THE WOODS’ STARRING ROBERT REDFORD

A Walk In The Woods Emma Thompson film Mary Steenburgen Robert Redford by Caroline Russo | on August 25, 2015 | 0 comments | in Film | Like it In this new comedy adventure, celebrated travel writer, Bill Bryson (Academy Award® winner Robert Redford) challenges himself to hike the Appalachian Trail – 2,200 miles of America’s most unspoiled, spectacular and rugged countryside from Georgia to Maine – instead of retiring to enjoy his loving and beautiful wife (Academy Award® winner Emma Thompson) and their large and happy family. The peace and tranquility he hopes to find, though, is anything but, once he agrees to being accompanied by the only person he can find willing to join him on the trek—his long-lost and former friend, Stephen Katz (Academy Award® nominee Nick Nolte), a down-on-his-luck serial philanderer. After a lifetime of relying on his charm and wits to keep one step ahead of the law, Katz sees the trip as a way to sneak out of paying some debts and sneak into one last adventure before it’s too late. The trouble is, the two have a completely different definition of the word “adventure.” Now, they’re about to find out that when you push yourself to the edge, the real fun begins.

A Walk in the Woods is a film by Ken Kwapis, starring Robert Redford, Nick Nolte, Kristen Schaal and Nick Offerman, with Mary Steenburgen and Emma Thompson. A Walk in the Woods is based on the book by Bill Bryson, with a screenplay by Rick Kerb and Bill Holderman. The film is produced by Robert Redford, Bill Holderman and Chip Diggins. The executive producers are Jeremiah Samuels, Jake Eberts, Jay Stern, Russell Levine and Lee Jea Woo. The director of photography is John Bailey, ASC. It is edited by Carol Littleton, ACE and Julie Garcés, and the production designer is Gae S. Buckley. The costume designer is Leigh Leverett. The composer is Nathan Larson, with featured songs by Lord Huron. It is directed by Ken Kwapis. 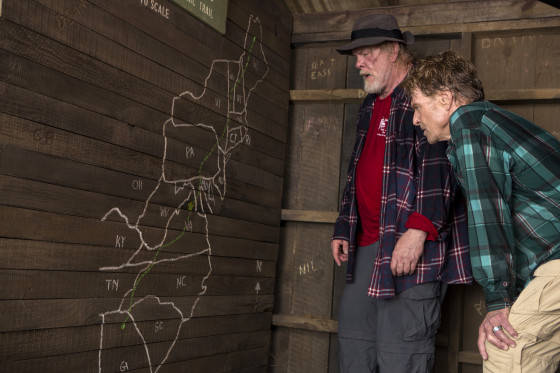 Nick Nolte stars as Stephen Katz and Robert Redford as Bill Bryson in Broad Green Pictures upcoming release, A WALK IN THE WOODS. 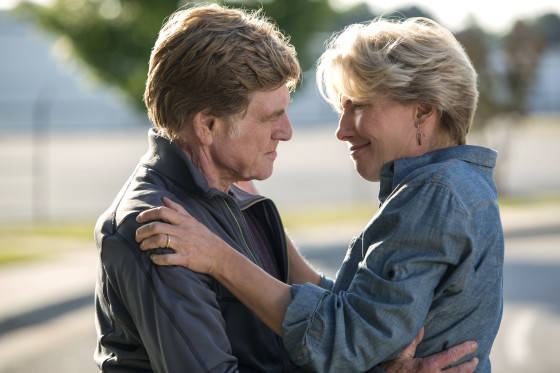 Robert Redford and Emma Thompson star as Bill and Cynthia Bryson in Broad Green Pictures upcoming release, A WALK IN THE WOODS. 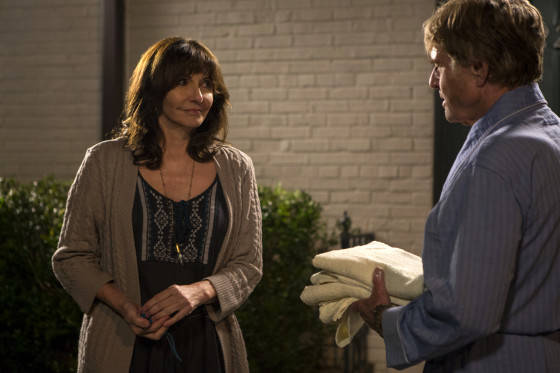 Mary Steenburgen stars as Jeannie and Robert Redford as Bill Bryson in Broad Green Pictures upcoming release, A WALK IN THE WOODS.