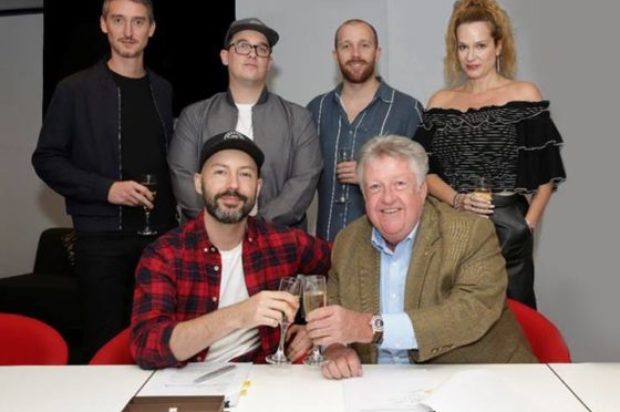 It is with much anticipation that Platinum selling, APRA, Billboard, Grammy & 4 x ARIA Award winning writer and producer
M-PHAZES (Mark Landon) today announces his signing to Sony Music Entertainment Australia. The announcement coincides with M-PHAZES taking home awards for both the Urban Work Of The Year with Illy for ‘Catch 22’ Feat. Anne-Marie & Pop Work Of The Year with Amy Shark for ‘Adore’ at last night’s 36th annual APRA Awards.

Denis Handlin AO, Chairman & CEO, Australia & New Zealand and President, Asia says: “I am thrilled to welcome M-Phazes to the Sony Music family. It’s an exciting time to watch this incredibly talented producer go from strength to strength in his career, with an international presence and multiple accolades already under his belt, we couldn’t be happier to help him continue to reach new heights.”

M-PHAZES shares, “I’m beyond excited to be working with Denis Handlin and the amazing team at Sony! I have been holding onto new music for a long time and cannot wait to share it with the world.”

To further cement his already dominant presence within the music industry,

Having grown up listening to a huge variety of music, the Australian producer got his first break working within the hip-hop and urban genre, but his brilliant diversity has seen him naturally progress into a more pop-orientated space. M-PHAZES landed a major placement on Eminem’s THE MARSHALL MATHERS LP 2 in 2013, which saw him scoop up a Grammy, Billboard Award and achieve a 2 x Platinum plaque for the record. In addition to the international success, M-PHAZES has also achieved a Platinum plaque for Illy’s smash hit single ‘Tightrope’, a Platinum plaque for Bliss n Eso’s album CIRCUS IN THE SKY and another Gold plaque for Illy’s album CINEMATIC.

More recently however, M-PHAZES has impressively branched into the world of artist development, working and mentoring fellow Australian, Ruel. The 15 year old prodigy, who recently signed to US label RCA Records (a division of Sony Music Entertainment), has received amass international success under the guidance of M-PHAZES, with the young singer-songwriter even gaining the respected attention from music legend, Elton John. Check out the special remixed version of their original collaboration, ‘Golden Years’ (M-Phazes Remix) HERE.