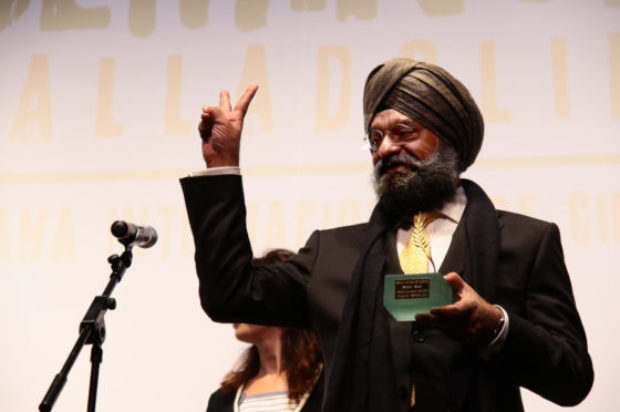 Charlie Higson, most known for his Young Bond novel series, will co-write Curse of the Kohinoor, the recently announced scripted series by Amara Raja Media & Entertainment, in partnership with Star Entertainment Worldwide and Contentflow Studios.

The heist thriller series tells the story of a plot to steal the Kohinoor diamond, centrepiece of the British Crown Jewels. Featuring many of the biggest names from the Indian entertainment industry, Curse of the Kohinoor intertwines the history of the iconic diamond with the story of an incredible robbery attempt.

“We’re delighted to have Charlie Higson join our project,” comments series’ co-executive producer Bobby Bedi. “His success across all media platforms and his extensive TV and film work make him the best candidate to bring this historic story to the visual screen.”

“We’re bringing together only the very best from the UK and Indian entertainment industries to create a premium scripted series that will appeal to viewing audiences around the globe,” adds co-executive producer Rahul Aggarwal. “Charlie Higson is a stellar addition to our core team.”

Charlie Higson is a successful author, actor, producer, comedian and writer for television, film and radio. His Young Bond series has sold over a million copies in the UK and has been translated into 25 different languages. The Enemy, His critically acclaimed seven book zombie-adventure series for teenagers, which has also sold over a million copies, ended with the publication of The End in October 2015.

His TV work writing work includes Saturday Live, Harry Enfield’s Television Programme, Randall and Hopkirk Deceased, Miss Marple, the sitcom Swiss Toni, and the BAFTA winning sketch show The Fast Show, which he co-created, co-produced and starred in with Paul Whitehouse. Two Christmas specials for the BBC based on the children’s book character, Professor Branestawm, the first of which was nominated for a children’s comedy BAFTA.

Higson and Paul Whitehouse also co-produced and performed in the award-winning spoof radio series Down the Line for BBC Radio 4, which led to the BBC2 television series Bellamy’s People. He wrote four adult crime novels in the 1990s, and adapted one of them, King Of The Ants, for the cinema. Other film work includes the script for Suite 16. He is a regular judge on the BBC’s 500 words short story competition for kids and in 2015, he was show-runner, creator and lead writer on the critically acclaimed ITV Sunday night 10-part drama series, Jekyll and Hyde.

The series will be directed by Colin Teague, director of the BAFTA-winning BBC series Dr Who and ITV’s Beowulf, and is being co-written and co-developed by novelist and playwright Farrukh Dhondy, the former Channel 4 Commissioning Editor for Multicultural Programming. Curse of the Kohinoor will be shot on location in India and the United Kingdom beginning March 2020.