ACORN TV british drama tv danny trevanion WILD AT HEART by Caroline Russo | on November 21, 2019 | 0 comments | in Entertainment | Like it 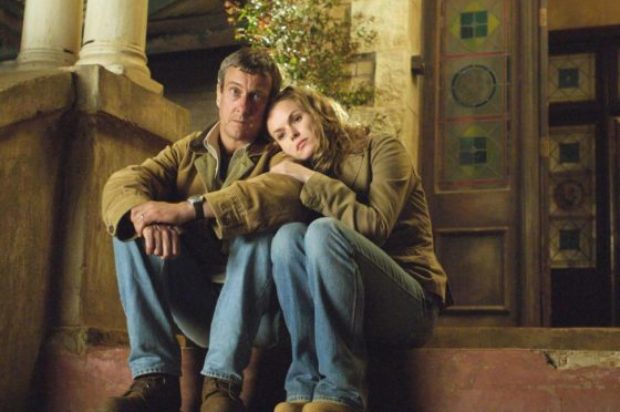 The hugely popular British family drama WILD AT HEART sees veterinarian Danny Trevanion (Stephen Tompkinson) and his family, including wife Sarah (Amanda Holden), as they travel from England to South Africa to rehabilitate an animal back into the wild. The family ends up falling in love with the animals and South Africa, so they decide to stay and buy into a partnership with the game reserve owner. With humour, apprehension and excitement all together, the Trevanion family stay determined to make a go of their new business – and their exotic new lifestyle!

Dubbed a “A surefire crowd-pleaser” by the Los Angeles Times, the Acorn TV commissioned British mystery series QUEENS OF MYSTERY follows the adventures of Beth (Sarah Woodward), Cat (Julie Graham) and Jane Stone (Siobhan Redmond), as three crime-writer sisters from the English region of Wildemarsh and their niece, Mattie (Olivia Vinall), newly promoted to Detective Sergeant at the local constabulary.

In addition to her weekly murder investigations, Mattie is also preoccupied by the fact that her mother Eleanor disappeared without a trace when Mattie was three. The wickedly off-beat murder-mystery is created by New Tricks and Doc Martin writer Julian Unthank.

As TV Insider puts it, “Pour a cup of tea and settle in with this delightful British mystery series, which has the colourful quirkiness of cult hit Pushing Daisies and a splash of cheekiness à la Absolutely Fabulous.”

Set in the deceptively idyllic fictional village of Midsomer, the English village mystery gets a contemporary spin in this long running hit British television series that has earned a worldwide following. Based on the award-winning Inspector Barnaby novels by mystery writer Caroline Graham, bucolic settings harbor macabre crimes and eccentric characters are no match for nice-guy detective Tom Barnaby (John Nettles) and his eager assistant, Sergeant Troy (Daniel Casey).

“A welcome gift for us all” – The Telegraph

Enjoy a festive treat with the 90 min Christmas special of the hit period drama VICTORIA. As Christmas approaches, Victoria (Jenna Coleman) is uncharacteristically melancholy – a reminder of the lonely childhood spent at Kensington. Albert (Tom Hughes) on the other hand, is gripped by an obsession with staging the perfect family Christmas.