Actor Hugo Wearing Gets Lead In Hearts and Bones

film production Hearts and Bones Hugo Weaving Sydney filming by Caroline Russo | on November 1, 2018 | 2 comments | in Film News | Like it 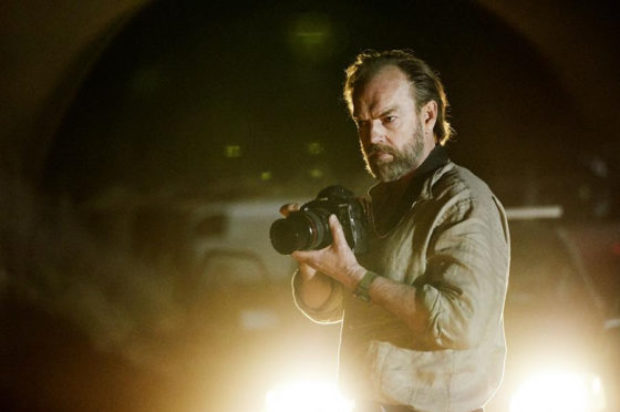 Acclaimed actor Hugo Weaving (The Lord of the Rings, The Matrix, upcoming Mortal Engines) has been cast in Hearts and Bones, which has just commenced shooting in Sydney, Australia. Joining him will be Andrew Luri in his feature film debut.

Hearts and Bones is written and directed by Ben Lawrence (Ghosthunter), co-written by Beatrix Christian (Picnic at Hanging Rock) and produced by Matt Reeder (The Little Death, Joe Cinque’s Consolation) at Night Kitchen Productions.
Director Ben Lawrence said: “When work on this script began in 2002, the world had just witnessed 9/11 and Australia had embarked on a war in Afghanistan that continues to this day.”
“The flow of refugees has since grown to numbers that haven’t been seen since World War II. Hearts and Bones is an urban mystery that explores Australia’s place in this changed world.”
“It’s a dream come true to be working with Hugo Weaving, who is undoubtedly one of his generation’s greatest actors. Having someone of Hugo’s calibre play alongside Andrew Luri, a South Sudanese Australian who has never acted, is such an exciting proposition and I can’t wait to see what Andrew will bring to this story.”

Hearts and Bones is the compelling, heart-wrenching and ultimately uplifting story of hope, friendship and homecoming between a war correspondent and a Sudanese refugee, who are connected by a photograph that threatens to destroy them both.

War photographer, Dan Fisher (Weaving) has recently returned home to Sydney from assignment. Haunted by years at war, he struggles to conceal his fear of imminent fatherhood and immerses himself in preparations for an upcoming exhibition of his work. This grabs the attention of Sebastian Aman (Luri), a Sudanese refugee whose village Dan had photographed 20 years earlier. As the bond between the two men develops, a startling revelation comes to light that sets both on an unexpected path.

The film explores the issues of personal identity, the ties of family, friendship, masculinity and fatherhood, all set against Sydney’s diverse and expanding cultural divide.
Producer Matt Reeder has worked with South Sudanese criminal lawyer, refugee and public speaker Deng Adut for community consultation to develop the story and scripting.
Hearts and Bones is a Night Kitchen Production with principal production funding from Screen Australia in association with Create NSW, and financed with support from Spectrum Films and Lemac.