death funerals announcements of stars karen black by Caroline Russo | on August 10, 2013 | 0 comments | in tribute | Like it 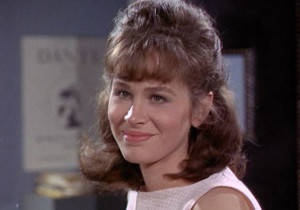 The sad news of Karen Black that was first known for  Easy Rider and Five Easy Pieces death came from her husband, Stephen Eckelberry, who released the following statement on Facebook:

“It is with great sadness that I have to report that my wife and best friend, Karen Black has just passed away, only a few minutes ago. Thank you all for all your prayers and love, they meant so much to her as they did to me.”

Karen earned herself an Oscar nomination and a Golden Globe for her performance in Five Easy Pieces. Following her counter-culture hits, she went on to find herself in the horror genre, starring in The Trilogy of Terror.

Robert Altman, Bob Rafelson, John Schlesinger, Jack Nicholson, Dennis Hopper and even Alfred Hitchcock were some of the Collaborators in her time.

Karen Black passed away with complications with cancer and she was 74. RIP Karen.