LEAD SINGLE ‘JIM AND JACK AND HANK’ AT RADIO NOW!

Sony Music Entertainment is proud to announce Country superstar Alan Jackson is set to release his new studio album, ANGELS AND ALCOHOL, on Friday July 24th 2015. This will be Alan’s first studio album of all new material in three years and Jackson personally wrote seven of the ten tracks on the album, including the self-penned title track.

In August, 2014 the Country Music Hall of Fame opened an exhibit celebrating Jackson’s 25 years in the music industry. The exhibit highlighted the different milestones in his career with memorabilia collected over the years. His 25th Anniversary ‘Keeping It Country’ Tour began January 8, 2015, in Estero, FL. 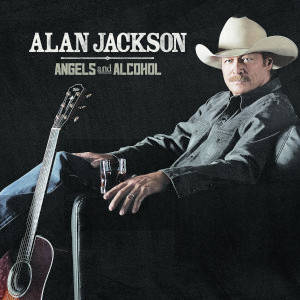 ANGELS AND ALCOHOL has just been released in the US and is already #2 on the iTunes country chart and #7 on the main album chart.

Alan debuted the title track ANGELS AND ALCOHOL on the album on the Tonight show with Jimmy Fallon on Thursday. To see the performance click the link below
http://www.nbc.com/the-tonight-show/video/alan-jackson-angels-and-alcohol/2881156