ALBUM AND TOUR CONCERT ANNOUNCEMENT WITH KATIE NOONAN AND COMPANY 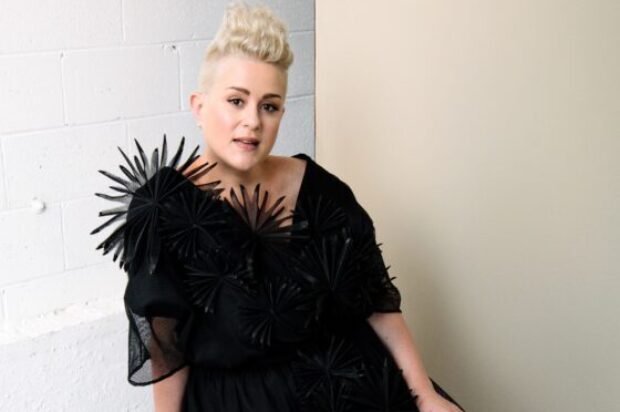 Nothing can stop the music for Brisbane’s Katie Noonan. Not winning
five ARIAs or being nominated 27 times, not producing 20 albums, not
seven platinum record sale moments, or being named as one the greatest
Australian singers of all time. Because music is in her blood, and her
next sound adventure may just be her biggest as she launches AVÉ –
Australian Vocal Ensemble – a national first acapella quartet focused
on celebrating old and new Australian stories.

“There is nothing like AVÉ in Australia. We plan on being an elite
chamber ensemble of international excellence, but one that is warm and
welcoming to all. We will champion new Australian works on every tour,
engage with our First Nations Communities at every concert and engage
with local communities at every concert,” said Katie, who said
creating AVÉ had been a dream of hers for years.

“I want to illustrate Queensland’s integrous creative leadership by
establishing Australia’s only, professional classical vocal quartet. I
believe it is vital to use the human voice to tell the stories of our
time and place, and to encourage our audiences to use their voice,”
said Katie.

“Some of the greatest internationally lauded classical voices in the
world come from Queensland including singers like Gladys Moncrief OBE,
Donald Smith OBE, Margreta Elkins AM and the QLD Conservatorium’s own
Lisa Gasteen AO. I want to celebrate that extraordinary tradition and
make our mark on the national and international stage, alongside three
extraordinary fellow artists.”

Katie has proven herself one of Australia’s most hardworking,
versatile and prolific artists, spanning diverse genres, leading from
the front as an artistic director, from the stage as an acclaimed
performer and from behind the scenes, nurturing fellow performers and
programmers. She has performed for royalty, national and international
leaders, and blazed a trail for young women artists.

Music, for her, is a lifelong lesson and a means to change the world.
And so, it begins with AVÉ – a world class vocal quartet combining four
of Australia’s finest vocalists.

She said AVÉ’s repertoire, like the Australian culture, would be a
unique blend of the old and the new.

“The OLD will be represented in the glorious spiritual music of the
late Renaissance and the early Baroque – the golden age of vocal
polyphonic writing, while the NEW will be the modern music of the 20th
and 21st Century, with a particular focus on new Australian music.”

She said every performance will feature new Australian works and
engagement with our First Nations People.

“We aim to create an unparalleled music experience for audience
members – a chance to explore new Australian composers, a chance for
audiences to find their own voice and a chance to hear Indigenous songs
of their own country alongside late Renaissance and Baroque masterpieces
and brand new works.

“Yes, we are dreaming big – starting a new arts organisation in the
middle of a global pandemic, but as Uncle Kev Carmody so eloquently
said, from little things, big things grow, and we have big and bold
dreams.”

These dreams include employing singers, commissioning 10+ Australian
composers per year, working with some 250 vocal students and 450
community singers each year, mentoring an emerging quartet, performing
to 3500 regional audience members across Queensland and to a national
metropolitan audience of more than 5000 each year. It will be a full
schedule.

AVÉ’s debut album release is planned for August this year, AVÉ will
tour nationally in September, and on Saturday April 10 at the Queensland
Conservatorium Theatre, AVÉ will perform their inaugural launch concert
with the Welcome to Country performed by Yuggera, Turrbal, Nunukul,
Gorenpul, Yugembir songman Shannon Ruska and Wakka Wakka musician David
Williams.