ALBUM RELEASE :PRIDES THE WAY BACK UP 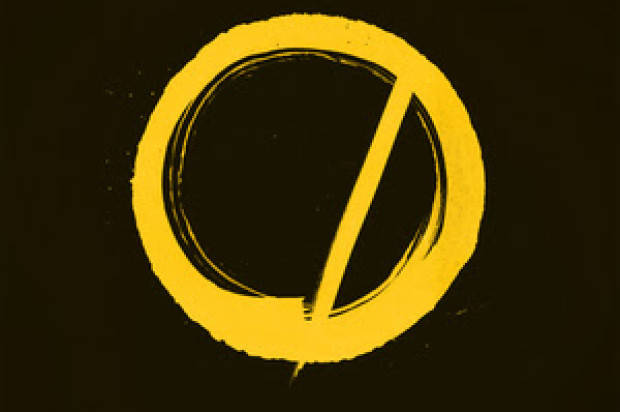 PRIDES
‘The Way Back Up’
Album Release: July 10

In the space of one week in August 2014, Prides achieved the following: they played the Commonwealth Games closing ceremony to 7.5 million people on BBC1 (and 40,000 people inside the Hampden Park stadium of their home city, Glasgow). They supported their heroes Blink-182 for two gigs at Brixton Academy. Reading And Leeds Festival announced them as headliners of the BBC Introducing stage. Perhaps most significantly, Prides also confirmed their first headline tour for that October, which took place at traditional indie-circuit venues that already felt like the trio had outgrown.

That Prides were plainly so at home in a stadium as well winning over Blink-182’s pop-punk army to their unstoppable synthpop anthems is testament to both the band’s wildly energetic live show and to the universal appeal of their hook-heavy, singalong epics. Prides is a world less concerned with hipster cool than getting songs hotwired into the listener’s brain, with a canny undertow of complex emotional resonance burrowed into their instantly appealing future classics.

“I think our songs lend themselves to playing live, where everyone is open and ready to party,” says singer/keyboardist Stewart Brock. “We pride ourselves in being able to win a crowd over.”
Although their two keyboards/one drummer line-up places them in a new breed of artists redefining what it means to be a band alongside Chvrches and Bastille, Prides’ sound has more in line with predecessors such as The Cure and Tears For Fears.

“I love those ‘80s bands who are energetic, poppy and immediate, but there’s a depth to them that you maybe don’t hear on first listen,” explains Stewart, Prides’ lyricist. “I want to recreate that feeling of brutal honesty dressed up in a charming appearance.”

It’s a sound that, while seemingly rich in classic production values, is produced by drummer Lewis Gardiner at his home studio in Glasgow. And for “home studio”, read Lewis’ kitchen. “I’m self-taught, from thinking ‘I’ll have a go at this!’” he laughs. “There’s a lot of experimenting, and 80-90% of what we do comes from happy accidents. There’s no method, only madness.” It certainly works and, as keyboardist/guitarist Callum Wiseman adds: “If we become successful enough to build a proper studio, we’d have to put a kitchen in it.” It’s a kitchen studio where Prides have also remixed for NoNoNo, Eliza And The Bear and Sir Sly.

Prides were born from Lewis and Stewart’s old duo Midnight Lion and Callum playing guitar in folk band Kitty The Lion – the Lion connection giving birth to Prides’ name. Stewart and Lewis met at university a decade ago, while Callum was initially the studio-based Midnight Lion’s live guitarist. The trio have the gang mentality and tight-knit humour of the best bands; what Lewis dubs “our naked, stupid ambition” saved from being too grandiose by gently mocking each other every few minutes.
The atmospheric Midnight Lion eventually evolved into Prides. “Midnight Lion sounded great on headphones, but it just didn’t translate live, where it was pretty boring,” admits Stewart. “We wanted to push it, get people excited. Prides is much more energetic – we get people going at gigs partly because we’re obviously having such a good time on stage.”

Writing debut single Out Of The Blue was the turning point, its addictive and partly wordless chorus causing the trio to reassess as Lewis summarises: “We said to each other: ‘That’s really good, let’s write more like that.’” It quickly lit up blogs – hitting the Top 5 on Hype Machine – and within two months Prides played the T-Break stage at T In The Park, followed a month later by their first appearance on the BBC Introducing stage at Reading And Leeds Festival – which went well enough for them to headline the same stage this year. The coverage also earned the band highly touted ‘Ones To Watch in 2015’ tags from DIY Magazine, Heat, UK Blog Sound, XFM, Electronic Sounds and Vevo.

“It was never in question that we wouldn’t break through at some point,” insists Stewart. “We’ve been hurling ourselves at the wall until it’s finally broken down. One of our strengths is an unwillingness to let real life happen!” Callum adds: “We must have reached that tipping point of practicing for 10,000 hours by now. Prides started as much from what we didn’t want to be as what we do – we don’t want to be hipster cool, we don’t want to be cliquey.”

On the band’s debut album, The Way Back Up, massive pop songs continue to flow. The caustic Higher Love typifies their ability to write more hooks in one song than most bands manage in a career, while Running Wild is if anything even more infectious. There’s the triumphant Messiah, the song celebrating new love Prides played at the Commonwealth Games.

Lyrically at the opposite end of the spectrum from Messiah is I Should Know You Better, written after Stewart suffered self-doubt when he met his previous girlfriend. “I’m an anxious chap,” he smiles. “It’s about wondering how you trust yourself at the start of something new. A lot of our songs are big – grandiose and bombastic. I Should Know You Better was chosen as our first major single because it introduces that idea without blowing people’s heads off too early.”

It was also a highlight of Prides’ stint supporting Blink-182, with converts singing along by its second chorus. “If you’d asked any of us when we were 12 what band we wanted to be, it would have been Blink-182,” notes Lewis. “There’s an element of Prides where we’re basically Blink-182 with synths!” By those shows, they’d already appeared with Kylie, Lulu and co at the Commonwealth Games. “We’re not easily fazed,” shrugs Stewart. “When it’s live TV, there are loads of other people running around, making sure we’re in the right place on time so we can just do our job. You try to play out the worst scenarios in your head, and it was better than that – we stayed on our feet, for one thing!” Lewis adds: “There were 40,000 people in the stadium, so you don’t even see the TV cameras or think how many people are watching on BBC1.”

Those shows helped Prides win a new army of admirers to add to an increasingly devoted fanbase. “They’re getting more intense by the hour,” says Stewart. “We’re fortunate people came on board at our gigs so early. Some fans come to every single show, and Lewis has his own Twitter fans’ page.” “I’ve got my own emoji,” the drummer notes, only slightly smugly.

It’s an intensity helped by Prides honing their early shows in Glasgow. Stewart – actually Prides’ token Englishman, having grown up in Stoke-on-Trent before going to University of West Scotland – acknowledges: “We’re lucky to live in a city renowned for live music that its people are proud of, with a good community that gets behind new bands. Chvrches gave us an early shout-out when Out Of The Blue came out.”

Already set on conquering 2015’s festival circuit – the band have spots on Glastonbury, Latitude, T in the Park and Readings & Leeds festivals this European summer – Prides’ long-honed plans are finally coming to fruition. It even means Stewart can forget the embarrassment of singing the soaring Let It Go three feet away from the ex-girlfriend he wrote the anthem about.

“We were together for seven years and it cut me up for a long time when we split,” he says. “When I wrote Let It Go, I thought ‘I’m going to be completely honest, and this is the last song about her.’ I bumped into her randomly in Brighton on the afternoon of a gig there. We had a grown-up, adult conversation and I thought ‘At least she’ll never come to the show.’ But she was in the front row. I was trying to sing it anywhere but straight at her.

“But that’s one of the good things about writing songs: you can let it out and say ‘This is how I feel.’ If you’re straight down the line with what you say, people can connect with your songs so much easier. They can empathise with what you’re feeling.” Typifying Prides’ humour, Callum adds: “Lewis and I have to play the songs too. We should charge you psychology fees…”

Once the The Way Back Up is devoured by fans, Prides should be able to afford their own battery of personal psychologists if they want. They’ll have earned it. “Prides is our career, and you have to treat it as such,” says Stewart. “We’re in the studio every day, five days a week, working on the album and remixes – Katy Perry would be great to remix for, but she’s our default answer for everything! We just want to reach as many people as possible and play as much as possible.”

And with that, talk turns to Prides’ dream gig. Fire, lasers and tigers on stage? Don’t be surprised if Prides headline a festival and turn it all into reality.