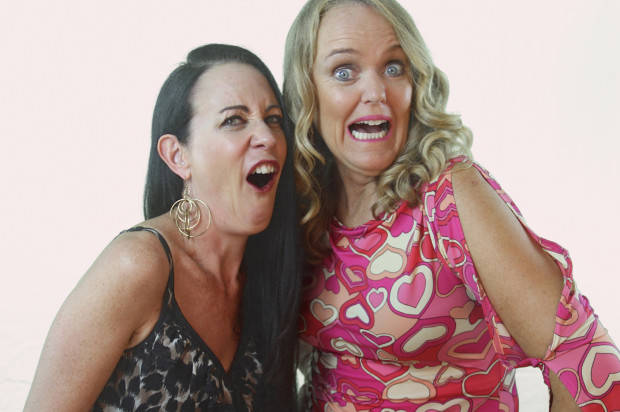 Stage Mums is a comedy web series which takes a tongue in cheek look at the lives of two stage mothers. Think Kath and Kim meets Dance Moms then throw in some Absolutely Fabulous and then you have Stage Mums. 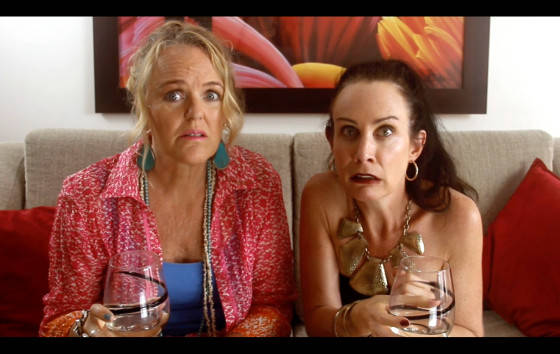 Shaz and Trace are besties with ‘super talented, triple threat’ teenage daughters, Shenaya and Abcde. They are
bogan, Aussie Stage Mums who tackle all the important issues: pretentious kids, obnoxious parents, eisteddfods,
social media, dodgy castings and Sav Blanc. In a world full of wannabes, where everyone wants to be famous, these
Mums will go to any lengths to give their daughters opportunities to showcase their ‘amazing talents’, most of which
don’t work out exactly as planned.

The team behind Stage Mums
Anna Waters-Massey Writer/producer/actor
Stephen Massey Producer/camera
This husband and wife team form Sundayarvo Productions, the force behind Stage Mums and a number of successful short films. Anna is an actor, voice over artist (voice of the station for the GC lightrail) and vocalist. She is a Performing Arts teacher, and has written a book of scripts for children and a number of short films. Both Anna’s children have had success in the film/TV industry and it is these life experiences which have created the storylines she has created for Stage Mums. Anna’s strength in writing, is creating lovable characters that the audience can relate to. Stephen’s forte is capturing the comedy on camera and editing the finished product. Although, he has been roped into appearing on screen in a couple of episodes, heavily disguised of course.  
The Characters
Shaz Dicker first met Trace Grogan, ten years ago when they backed into each other in the carpark outside their girls’
dance school. Shaz is married to Jase, a plumber, who works hard so they can live in a nice house in the Gold Coast
suburbs and send Shenaya, their daughter to all her performance classes. Trace on the other hand is a single mum
who scrapes together tuition fees for her daughter Abcde. Trace is on the hunt for a man.

The bane of Shaz and Trace’s life is Amanda Kingsford-Smythe and her spoilt daughter Penelope Elizabeth. This
mother daughter team seem to beat Shaz and Trace at every turn; finding out about castings before them, beating
them in eisteddfods, getting sponsorship deals and the best dance partners.

Stage Mums’ appeal
Stage Mums has a broad family appeal from teens right through to middle aged parents. With reality hits such as
Toddlers and Tiaras and Dance Moms attracting huge audiences, Stage Mums will appeal to drama lovers as well.
We live in an age where everyone seems to want to be famous. Reality shows make overnight celebrities, and
Youtube and Instagram stars are born every minute. Parents are spending more on tuition fees for dance, acting and
performance classes than school fees and children are spending more hours at these classes than at school. Parents
are competing with each other, pushing their kids and sometimes living vicariously through them. Stage Mums
addresses these issues in a comical way and all the plot lines are based on real events within the
film/performance/dance world. The audience knows this but is drawn into the action by the lovable characters and is
able to laugh at the irony of the situations.

Stage Mums online
Stage Mums is gathering a loyal internet following with over 40 countries now watching it. The bulk of our viewers are from AUST, UK, USA and Canada. Season 2 will be released in July 2015.

You can view season 1 on the link below.

WHAT NEXT?
STAGE MUMS Crowdfunding
Stage Mums webseries has successfully produced one season of 8 x 3 min episodes. It has gathered a loyal internet following which has led to a second season, being filmed on the Gold Coast. Season 2 of Stage Mums will be released in July. So far the entire project has been self funded, and it has become clear that if we are to grow our audience and increase our production quality we need to access more funding. The support from the local community and film industry has been wonderful and in return we have been able to offer them great exposure on all our social media sites. We have launched a crowdfunding campaign to help take us to the next level.

All cast and crew are local Queensland talent and we are dedicated to this project and developing it further. The cost of marketing Stage Mums to the rest of Australia and overseas is a hurdle we are looking to address with our crowdfunding. There are a number of international festivals we would like to enter, as well as the ongoing costs of maintaining an internet presence and developing a website to further grow our audience. Web series are a rapidly growing medium on the internet and to succeed in this arena we need to make our product as professional as possible.