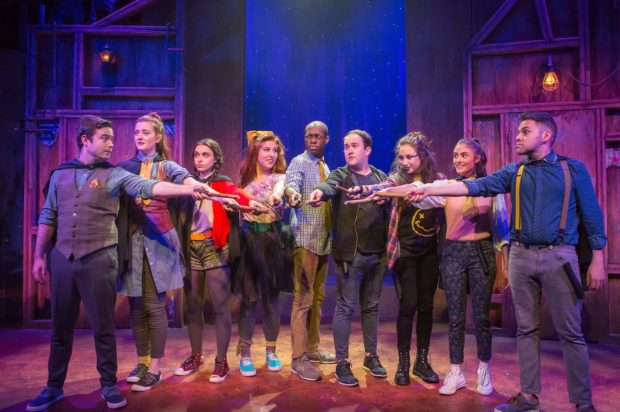 The highly anticipated Sydney season of PUFFS or: Seven Increasingly Eventful Years at a Certain School of Magic & Magic kicks off at the Entertainment Quarter on Friday 17 May, and the all-Australian ensemble cast has just been announced.

PUFFS or: Seven Increasingly Eventful Years at a Certain School of Magic & Magic is the sell-out sensation that has been playing in New York since December 2015.  This hit Off-Broadway comedy, that was awarded the title of the longest running play in Melbourne for the past 48 years, has been called “a triumph for the anti-hero” by The Herald Sun, “an absolute hoot of a show” by Broadway World and Time Out Melbourne gave the show 5 Stars stating ”with megawatt performances as fine as this, PUFFS could cast a spell on anyone!”

For seven years a certain boy wizard went to Wizard School. This, however, is not his story. This is the story of The Puffs who just happened to be there too. PUFFS is a comedy for anyone who has ever felt like a secondary character in someone else’s story.

PUFFS gives audiences a new look at a familiar adventure from the perspective of three new heroes just trying to make it through magic school.  It takes a second look at everyone’s favourite world of wizards through the eyes of The Puffs, a lovable group of magical misfits.