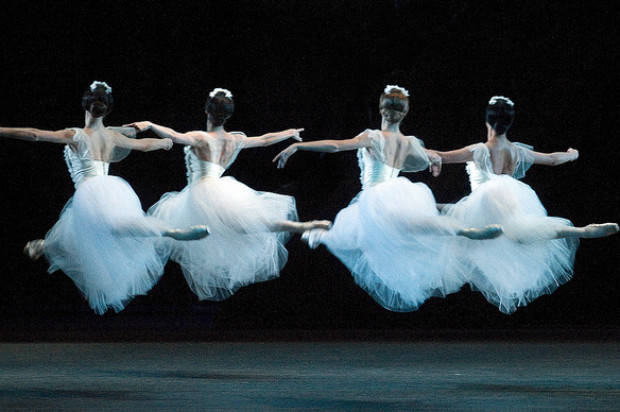 The American Ballet Theatre (ABT) has confirmed that its full company of dancers will travel to the Queensland Performing Arts Centre (QPAC) to perform in the exclusive Brisbane season which runs from 28 August to 7 September 2014.

The third presentation in QPAC’s International Series, America’s pre-eminent National Ballet Company, American Ballet Theatre (ABT), will present two programs during its QPAC season, each highlighting the skill and diversity of this outstanding company.

Renowned for quality, innovation and the enduring legacy of their works, the ABT’s 90 dancers will perform for Queensland audiences in their first ever season in Australia.

The stellar cast list includes Principal Dancers, David Hallberg one of the world’s most celebrated male dancers and the only American to have been appointed Principal Dancer at the Bolshoi Ballet; Paloma Herrera who has been a Principal Dancer with the ABT since 1995 and has created many roles for that Company; young Russian Daniil Simkin who enjoys film star status with teenage female audiences; and Cory Stearns admired almost as much for his clean-cut all-American looks as for his dancing, has risen steadily through the ranks to become a Principal Artist.

The company travelling to Brisbane also includes Gillian Murphy and James Whiteside who visited Brisbane earlier this year to promote the season.

Along with the Principal Dancers performing in the Brisbane season, is the highly profiled ABT Soloist Misty Copeland.

Misty, who has made history as the first African American in the last two decades to be appointed to soloist at the ABT, despite only beginning training at the age of 13, has had a meteoric rise to stardom, having recently published a biography and been appointed as a member of President Obama’s Council on Fitness, Sports and Nutrition.

The high profiled dancers travelling to Brisbane will perform in two programs comprised of Swan Lake, the best-known and most-loved classical ballet of all time, choreographed by the company’s Artistic Director, Kevin McKenzie; and Three Masterpieces comprising three one-act ballets by three of the world’s leading modern dance choreographers.

Bach Partita is choreographed by Twyla Tharp whose works are performed by every leading ballet company in the world. Twyla has choreographed more than one hundred and thirty-five ballets, five Hollywood movies, directed and choreographed three Broadway shows, written two books and received one Tony Award, two Emmy Awards and nineteen honorary doctorates.

Seven Sonatas by Alexei Ratmansky is one of many works choreographed by Alexei for the ABT. He was Artistic Director of the Bolshoi Ballet where he choreographed many full length ballets and has choreographed for many other companies around the world including the Australian Ballet.

Fancy Free is by world renowned choreographer Jerome Robbins whose career includes works for many ballet companies and films such as Fiddler on The Roof, The King and I, and West Side Story.

The QPAC International Series is a joint initiative of QPAC and Tourism & Events Queensland to bring the world’s finest performing arts companies exclusively to Brisbane. It is not only a way to share some of the world’s greatest companies in the performing arts with Australian audiences but equally a way to engage in creative exchange between artistic communities from different countries. The ABT season is presented in association with the Brisbane Festival.

American Ballet Theatre takes to the QPAC stage from 28 August to 7 September 2014. Tickets are on sale now via www.qpac.com.au or phone 136 246.

For information on the full cast including biographies and head shots please contact Bruce Pollack or QPAC Publicity.