AN EVENING WITH ENGELBERT HUMPERDINCK

engelbert humperdinck Music tours by Caroline Russo | on April 10, 2015 | 0 comments | in Music Tours | Like it 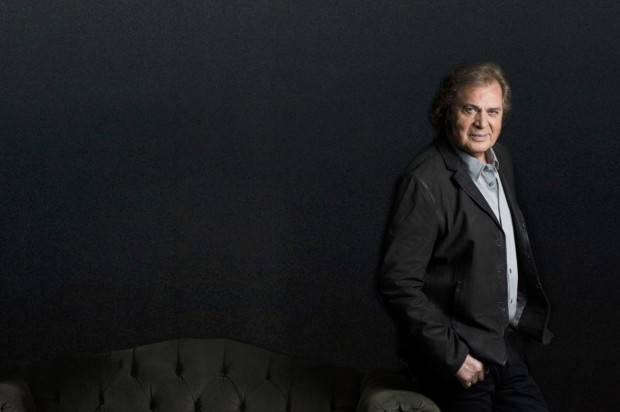 International music legend and the ultra-smooth King of Romance, Engelbert Humperdinck, returns to Australia in October and November for concerts in Perth, Adelaide, Melbourne, Sydney and the Gold Coast.

A consummate entertainer for more than four decades, Engelbert’s instantly recognisable voice, natural charisma and sensitive interpretation of tender love songs, have endeared him to global audiences of all ages, including Royalty, Presidents and Heads of State.

His 1967 debut, Release Me (And Let Me Love Again) was a number one hit in eleven countries and remained on the British charts for fifty six weeks – preventing the Beatles from reaching the top with their double A-side release, Penny Lane & Strawberry Fields Forever. Along with The Last Waltz, he achieved the rare feat of having two million sellers in the same year.

Engelbert has since released almost eighty albums of cherished and enduring ballads and sold over one hundred and fifty million albums worldwide, earning sixty-four with Gold and twenty-four with Platinum status. Other career accolades include four Grammy nominations, a Golden Globe for Entertainer of the Year, a Georgie Award from the American Guild of Variety Artists and a prestigious Star on the Hollywood Walk of Fame.

A constantly evolving artist while staying true to his core audiences, Engelbert has recorded across the genres and attracted new generations of fans through The Dance Album (Billboard Dance Chart Top Ten) and Lesbian Seagull, the Platinum-selling theme song to the Beavis and Butthead Do America movie. He also re-recorded Ten Guitars with our own innovative surf band, The Break (members of Midnight Oil, Violent Femmes and Hunters & Collectors) and his latest release, Engelbert Calling, is an album of duets with Elton John, Smokey Robinson, Willie Nelson, Gene Simmons, Charles Aznavour, Kenny Rogers and others.

On this tour, Engelbert spans the country and the decades with his vast catalogue of hits and favourites –

Release Me (And Let Me Love Again), Spanish Eyes, There Goes My Everything, The Last Waltz, Am I That Easy To Forget, A Man Without Love, Les Bicyclettes de Belsize, Quando, Quando, Quando, After The Lovin, Ten Guitars, Winter World of Love, The Way It Used To Be and more.

AN EVENING WITH ENGELBERT HUMPERDINCK