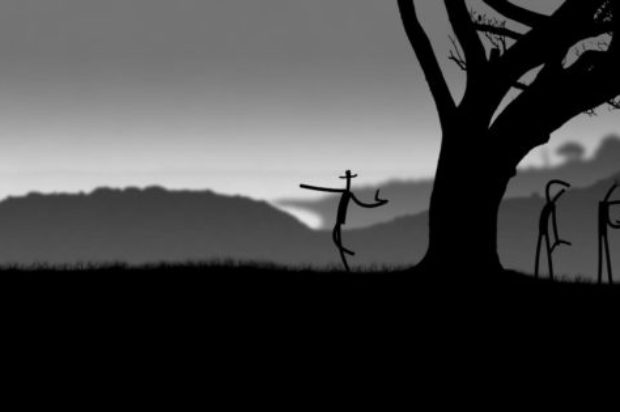 The darkly humorous black & white film won the praise of judges for its “creative innovation, exemplary technical skills, engagement with the audience and relevance to the Library’s signature collection item.”

In Jayce White’s ‘Comeback’, a rogue boomerang takes a grim turn, in reference to Don McPhedran’s 1959 photograph of boomerang makers in La Perouse.

The judges were unanimous in their decision to award a runner-up prize of $5,000 to a team of young filmmakers and AFTRS alumni — Nick Harriott, Nick Spellicy and Ryan Stubbs — for their dramatisation of Herbert Badham’s painting Domesticity (1959).