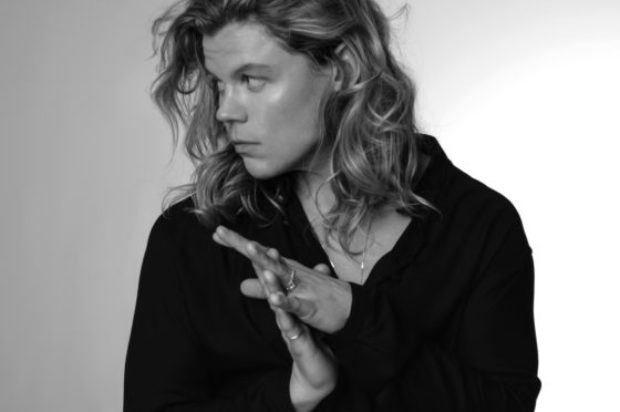 TV WEEK LOGIES STARS IN THE PARK IS COMING TO THE GOLD COAST FOR THE FIRST TIME- A FREE SPECIAL FAN EVENT ON FRIDAY JUNE 28 FROM
4PM-6PM AT KURRAWA PARK, BROADBEACH

TV WEEK is excited to announce a free TV WEEK Logie Awards event dedicated to the most important people in the industry – the fans. TV WEEK Logies Stars In the Park will be held on Friday, June 28, from 4pm to 6pm at Kurrawa Park, Broadbeach, Gold Coast.

There will be live musical performances from stars such as ARIA Award-winning singer Conrad Sewell.

There will also be a Live Voting Zone, where fans will be able to vote for their favourite stars and shows across all the Most Popular award nominees before voting closes on Sunday, June 30, and have their photo taken on a red carpet and with a real-life Gold Logie.

Fans will also have the chance to sit in The Voice Australia big red chair, have their photo taken in a Wentworth prison cell, share the love with ABC TV, enjoy a City of Gold Coast Creative Gold performance, and meet 90.9 Sea FM’s Breakfast hosts Ben & Dan, who will be broadcasting live from the event.

As proud hosts of the 61st TV WEEK Logie Awards for a second year, The Star Gold Coast will also give a group of lucky fans the chance to join an exclusive Gold Star Moment during the two-hour festivities.

There are many more fun activities, food trucks and something for everyone, so come on down!

TV WEEK Editor Thomas Woodgate says, “This is the perfect warm-up event for this year’s TV WEEK Logie Awards. Fans will get a chance to get up close to some of their favourite TV stars, take a selfie with a Logie and have a great deal of fun at the same time. Plus, fans have the chance to win exclusive VIP passes to the red carpet as well! I’m genuinely excited, as it’s the first time we’ve hosted a pre-event such as this. It promises to be a lot of fun and I look forward to seeing everyone there!”
City of Gold Coast Mayor Tom Tate said, “I’m delighted Gold Coasters can experience some of the glamour, behind-the-scenes sets and meet their favourite TV and pop stars. The Gold Coast is already Australia’s home of film production. With the Logies in town, we can showcase our sound stages and production facilities to some of the best talent in TV.”
Geoff Hogg, Managing Director Queensland for The Star Entertainment Group, said, “The Star Gold Coast is thrilled to be welcoming back Australia’s most celebrated awards ceremony. In addition to the glitz and glamour of the red-carpet arrivals and the awards themselves, we’re excited to build on the excitement of the 61st TV WEEK Logie Awards with a host of exciting activations, including a Golden Trail of Gold Star Moments culminating at the TV WEEK Logies Stars In The Park.”

The Queensland Government, via Tourism and Events Queensland, is proud to support the TV WEEK Logie Awards, which feature on the It’s Live! in Queensland events calendar, worth $800 million to the state’s economy in 2019. Your perfect next event is in Queensland, where live events combine with the most incredible destinations, and life is beautiful one day, perfect the next.

The 61st TV WEEK Logie Awards take place on Sunday, June 30, at The Star Gold Coast in Queensland. All the action from the red-carpet arrivals and awards-show celebrations will be telecast on Nine Network and 9Now.