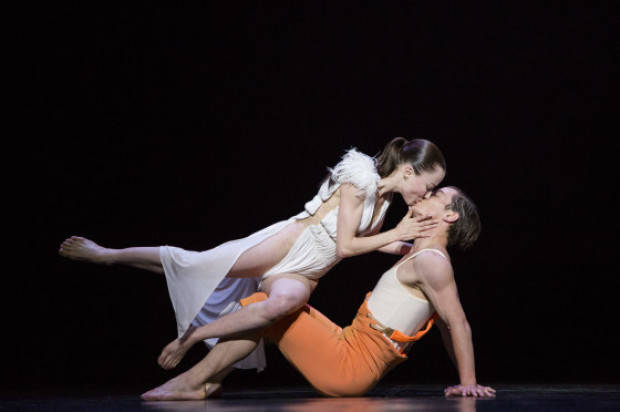 Headed by award winning Artistic Director, Angelin Preljocaj, Ballet Preljocaj is one of the leading contemporary ballet companies in the world today.

“QPAC is presenting Ballet Preljocaj in association with the Brisbane Festival and with support from Tourism and Events Queensland”.

“The QPAC International Series presents some of the world’s greatest arts companies and continues to grow the state’s reputation as a vibrant cultural tourism destination,” said the Acting Premier.

The QPAC International Series has brought exclusive seasons of the best international companies to the state in recent years, including companies such as the Bolshoi Ballet, The Hamburg Ballet and American Ballet Theatre.

“The QPAC International Series program brings those companies that are exemplary across performing arts genres to Brisbane and those who are pushing the boundaries of their art forms”.

“Ballet Preljocaj is certainly one of those companies. Snow White is a phenomenal piece that traverses the darker side of the human condition and explores themes and ideas that are familiar to us all”.

Mr Kotzas continued, “The QPAC International Series will also provide several opportunities for deeper engagement with community; artist to artist and artist to audience, a whole program of events that open up a dialogue on the arts and that makes a connection between art and meaningful participation in civic life.

“We expect about one third of our audience will travel to Brisbane to participate in our International Series; these exclusives are a way to showcase our wonderful state”, said Kotzas.

“Ballet Preljocaj builds on the success of the QPAC International Series that has already attracted an audience of 112,000 people and generated more than $12 million for the Queensland economy since its inception in 2009.

“QPAC, in partnership with Tourism and Events Queensland, is continuing to help grow the State’s vibrant cultural tourism offerings that inspire visitors both here and abroad to experience Queensland”, said Jones.

Ballet Preljocaj’s Snow White comes to the Lyric Theatre, QPAC from 2 to 11 September 2016; an exclusive Brisbane season as part of the QPAC International Series.