Directed by Artistic Director Stephen Page, who has choreographed the 70-minute work with long-time Bangarra dancers and collaborators Yolande Brown and Daniel Riley, Dark Emu is inspired by Bruce Pascoe’s award-winning book of the same name. 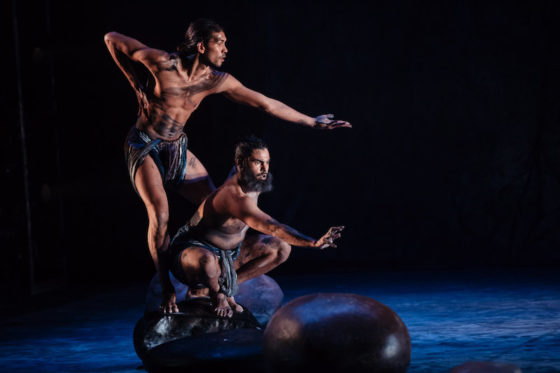 Pascoe’s Dark Emu, Black Seeds: agriculture or accident? had a huge impact when it was published in 2014; it was a monumental work of scholarship that disproved the long-held myth that Aboriginal and Torres Strait Islander peoples were nomadic hunter gatherers before European colonisation.

“The stain is deep in our chalk and until we can accept what the explorers saw as part of the national story, our debate of national origins, character and attributes is hobbled by ignorance,” says Bruce Pascoe.

Exploring the vital life force of flora and fauna with a focus on Yuin Nation stories, songs and language, this highly anticipated production is Page’s 25th work for Bangarra.

Page said Dark Emu was a creative and emotional response to Pascoe’s non-fiction account of the sophisticated farming, fishing and land care practices used by Aboriginal people across the continent before the disruption of European settlement. 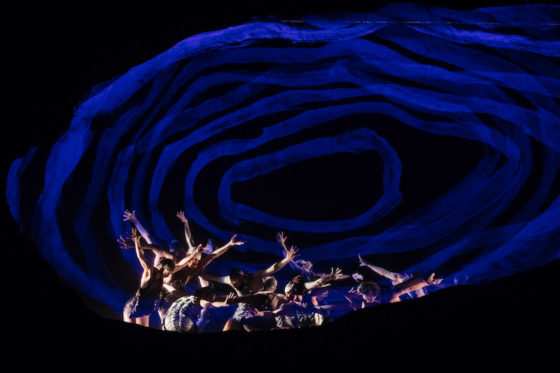 “We want to make people aware of the strength and resilience of Aboriginal people and celebrate their profound knowledge of agriculture and aquaculture, which belongs at the epicentre of Australian history.” says Stephen Page.

The stunning production highlights the reciprocal and interconnected relationship Aboriginal and Torres Strait Islander people have with the environment, beautifully emulating agricultural practices from grain production, to a Bogong Moth harvest to weaving fish traps with stones.

Presenting in partnership with QPAC for 20 of the Centre’s 33 years, Bangarra Dance Theatre and QPAC have a joint commitment to continuing a deeper connection and a high level of engagement between the wider Queensland community and its First Nations’ Peoples.