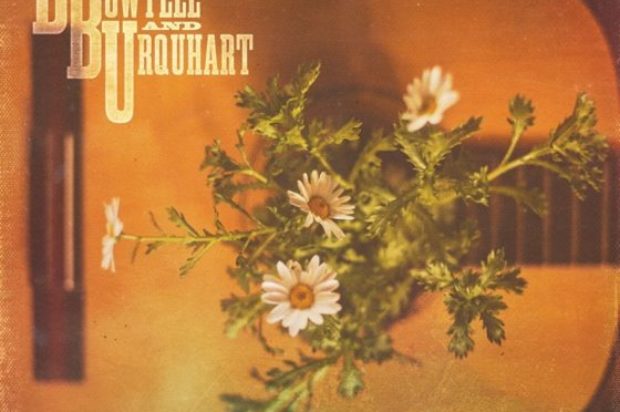 “Weeds is a stunning songbook,” writes Gareth Hipwell of Country Update magazine, “replete with glorious harmonies, soulful Gospel and classic country strains, with timeless instrumentation couching some of the most celebrated vocal talent in Australian song.”

When they first got together they had no idea that within two years, Bennett, Bowtell and Urquhart – BBU for short – would be stepping up to collect not one but two Golden Guitars – for Best Group and Best Alt. Country Album – for their 2016 self-titled debut album. It was at the 2015 Country Music Festival in Tamworth that the trio had first performed together in what they thought would be a one-off affair. The experience proved so enjoyable they decided not only to do it again, but to then go into the studio and see what happened.

“I don’t think we realised when we got together how good we sound,” Kevin admitted to The Newcastle Herald’s Jim Keller. “It was a surprise.” BBU now have a brand new album, titled Weeds, to show off. “This one was way easier to do,” says Kevin. “The first one we were finding our way.” This time around, the trio have written the songs for the album together.

Not that the trio are strangers to the world of awards. Kevin, who in 1985 took over from Alex Smith out front of Moving Pictures and featured on their last album, 1987’s The Last Picture Show, won the 2006 Best Vocal Group Golden Guitar with his band The Flood.

Lyn won the 1997 Toyota Star Maker Award and then back-to-back Best Group Golden Guitars in 2004 and 2005 for her work in another trio, Bella. In 2015 she won her first solo Golden Guitar for Best Alt. Country album for Heart of Sorrow and In 2017, Lyn picked up her sixth Golden Guitar for Vocal Collaboration of the Year with Catherine Britt and Kasey Chambers and was also a finalist on The Voice. A very familiar voice, as much for her regular Saturday Night Country show on ABC local radio as her songs, in 2001 Felicity won a Centenary Award for services to Australian society through country music, , and has seven Golden Guitars – not including her BBU awards – and has been inducted into the Country Music Awards Hands of Fame!

Together however, they’ve raised the bar that much further. “Bennett Bowtell & Urquhart (BBU) is the sum of incredible parts,” fellow Golden Guitar recipient Shane Nicholson reckons. “Separately amazing and collectively awe-inspiring. Watching them sing is like watching magic being done, except there’s no way to explain or rationalise it. It’s otherworldly and defies science.”

Recorded and coproduced by Kevin, Lyn and Felicity with 2017 CMAA Musician of the Year, guitarist Glen Hannah – he’s also Felicity’s hubby! – Weeds was mixed by Ted Howard, another multi-award winner, including an Engineer of the Year ARIA Award for his work on Yothu Yindi’s 1991 album Tribal Voice.

The first single lifted off the album, the celebratory Love or Money, made the Top Ten in the Amrap Regional and Country Weekly Download Charts.

“It’s so easy to forget how much fun can be had when you relax and just go with the pleasures of a song,” is Sydney Morning Herald writer Bernard Zuel’s assessment. “It’s such a pleasure to listen to.”

Enormous fun, yes, and joy and pleasure – it’s all there on Weeds. But BBU don’t shy away from the realities. You’re ready to shout Hallelujah as the trio launch into the gospel-infused opening cut, Mountain of Pain, but as the story unfolds it’s soon clear that beneath the “sanctifyin’” – and there are moments of pure Aretha soul as the girls take the verses up a notch – there’s a lament for the direction the nation that gave the world some of its favourite genres of music, from country and blues to soul and gospel, has taken. 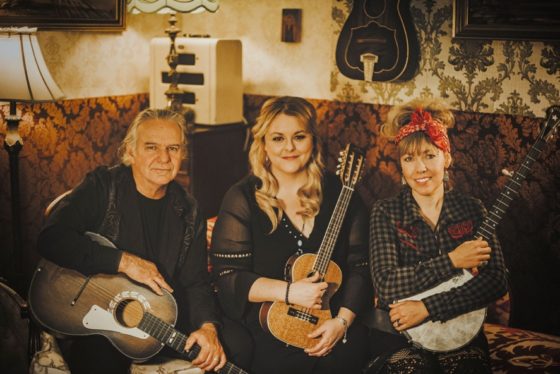 There’s the masterly singer-songwriter-infused Mystery, all delicate acoustic guitar lines and filigree harmonies, the call for a more caring world in the jaunty country-soul Softer Eyes, the subtly haunting ache of the title track Weeds, the undeniable skip at the country heart of Any Bells, for all its knowing insights into the ways of the wayward heart, the delicious Emmy-Lou lament of Fading Out… Take a listen yourself and savour the delights you’ll discover in the diverse 11 tracks that make up this remarkable second album.

Three unique voices, three strong personalities, three respected songwriters – together, Bennett Bowtell & Urquhart have the most remarkable musical chemistry, a real meeting of minds, hearts and sensibilities… and “We love having a good cry on stage,” Felicity admits with a laugh.

“The unique BBU blend is one of Australia’s finest combos,” notes ABC Bundaberg’s Scott Lamond. “When matched with an intimate theatre, town hall or a festival stage, the captivating live performance showcases three of the best in one show. Not to be missed.”

The song that concludes the album, Every Hello, is a fitting tribute to singer-songwriter, Karl Broadie who was taken from us too soon. Cowritten with Kevin some years ago, he was lucky enough to uncover a demo with Karl’s original vocal to which the trio then added their own parts.

For ticket links head to www.bennettbowtellurquhart.com