BEN AFFLECK TO STAR IN HYPNOTIC, DIRECTED BY ROBERT RODRIGUEZ 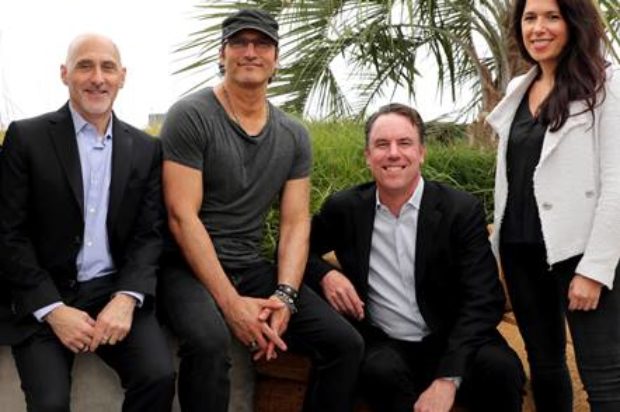 Academy Award® winner Ben Affleck will star in Robert Rodriguez’s mind-bending action thriller Hypnotic. Production is scheduled to start in April. This is the first green lit film under the Studio 8 and Solstice Studios strategic partnership.

Hypnotic is an action thriller directed by Robert Rodriguez (Alita: Battle Angel, Sin City) and written by Rodriguez and Max Borenstein (Godzilla franchise, Kong: Skull Island). The film follows a detective (Affleck) who becomes entangled in a mystery involving his missing daughter and a secret government program–while investigating a string of impossible high-end heists. Rodriguez, Studio 8 CEO Jeff Robinov and his colleagues Guy Danella & John Graham will produce the film with Solstice, which will spearhead US distribution and international sales beginning at the AFM this week.

“Working with Ben on his award-winning projects, including Argo and The Town, I have seen how his versatility and creativity has made him one of the most talented filmmakers both in front of and behind the camera,” said Robinov. “It’s very meaningful to be collaborating with Ben again on this uniquely riveting suspense thriller, and I know he and Robert will make a terrific film together.”

Affleck is a multiple award-winning actor, director, producer and screenwriter. He has won two Academy Awards as well as multiple Golden Globe, BAFTA and Screen Actors Guild Awards. He’s best known for his work directing and starring in the Warner Bros. Best Picture Academy Award ® winner Argo and The Town in which he starred, directed and co-wrote. Previous leading roles include Justice League, The Accountant, Batman v Superman: Dawn of Justice, Gone Girl and State of Play. He directed Gone Baby Gone and starred in and co-wrote Good Will Hunting. Affleck is represented by William Morris Endeavor (WME).