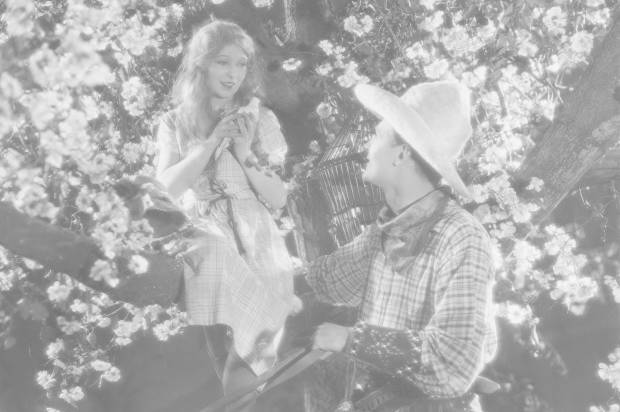 “A spectacularly brilliant film, it was an immediate success and in one move established Asquith as one of the most interesting people working in British production at the time.” Rachel Low, A History of the British Film

The Archive gala screening at the 59th BFI London Film Festival in partnership with American Express®, on Thursday 16th October 2015 at the Odeon Leicester Square, will be the world premiere of a new restoration of Anthony Asquith’s Shooting Stars (1928). Asquith’s first film as co-director and scriptwriter, Shooting Stars is a fascinating drama set behind the scenes at a contemporary film studio. Newly restored by the BFI National Archive, Shooting Stars will be presented with a new live score by John Altman, BAFTA and Emmy award-winning composer whose work includes Titanic and Goldeneye.

Shooting Stars is a dazzling debut which boasts a boldly expressionist shooting style, dramatic lighting and great performances from its leads. Annette Benson (Mae Feather) and Brian Aherne (Julian Gordon) play two mis-matched, married stars and Donald Calthrop (Andy Wilkes) a Chaplin-esque star at the same studio, with whom Mae becomes romantically involved. Chili Bouchier, Britain’s first sex symbol of the silent era, plays a key role as an actress/bathing beauty, an attractive foil to the comic antics of the comedian. The film manages to operate as a sophisticated, modern morality tale, while it’s also both an affectionate critique of the film industry and a celebration of its possibilities.. It teases the audience with its revelations of how the illusions of the world of film-making conceal ironic and hidden truths. 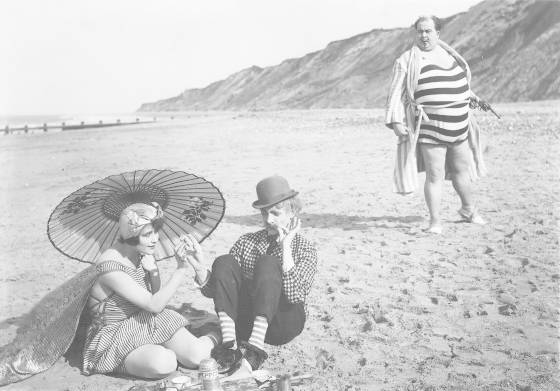 Asquith (son of the former Prime Minister Herbert Asquith) had privileged access to see Chaplin making The Circus on a trip to Hollywood and he had also been behind the scenes at German film studios. Both influences are clearly seen in the film. Asquith went on to have a hugely successful international career in the sound era with films such as Pygmalion, The Importance of Being Earnest, The Browning Version and The VIPs.

The film has been meticulously restored by a team of BFI experts from materials held in the BFI National Archive, making this the definitive restoration to stand alongside those of previous BFI restorations of Asquith’s Underground (1928) and A Cottage on Dartmoor (1929).

Robin Baker, Head Curator, BFI National Archive said, “We are delighted to be showcasing this remarkable film in a brilliant new restoration achieved after months of work from our dedicated teams at the BFI. Shooting Stars is a fascinating debut from one of Britain’s greatest film-makers and to see it with a newly commissioned score performed live in the Art Deco splendour of the Odeon Leicester Square promises to be a very special experience.” 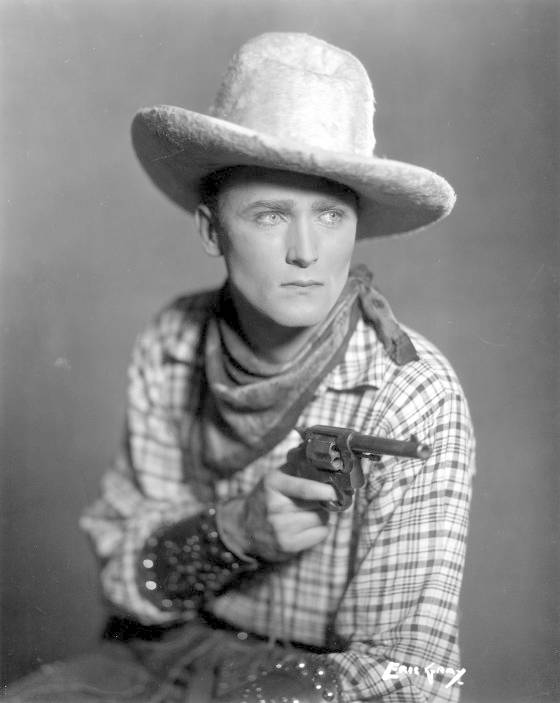 The new score by composer, John Altman, has been written for a twelve piece ensemble playing multiple instruments. It is full of a lively jazz influence, inspired by some of the sheet music for the popular song “Ain’t She Sweet” which is seen on screen in the film. Altman is both an authentic and accomplished jazz musician as well as a BAFTA and Emmy award-winning composer of music for the big screen.. He has composed, orchestrated and conducted for many films including the period music for James Cameron’s Titanic, and he composed the tank chase sequence in the James Bond film GoldenEye and won the Anthony Asquith Award for Achievement in Film Music for Hear My Song.

John Altman said, “For the new score I have been inspired by dance band sounds and Duke Ellington in 1927. It’s not a slavish period recreation but I have tried to find an appropriate way of reflecting some of the plot twists and ironic deceptions through a series of interlinked musical themes. The score will be played by a very versatile group of musicians and we will end up using almost as many instruments as a complete orchestra through the whole film. I hope that the music will carry audiences effortlessly through the emotional highs and lows of this brilliant film.”

There were famously two opposing reviews published in Variety, one British, one American, with the British review disparaging the film and the American giving it a strong thumbs-up. The film is now however fully appreciated as one of the few undisputed masterpieces of British silent cinema. Only Alfred Hitchcock has a higher critical reputation than Asquith in this period of late silent British cinema. 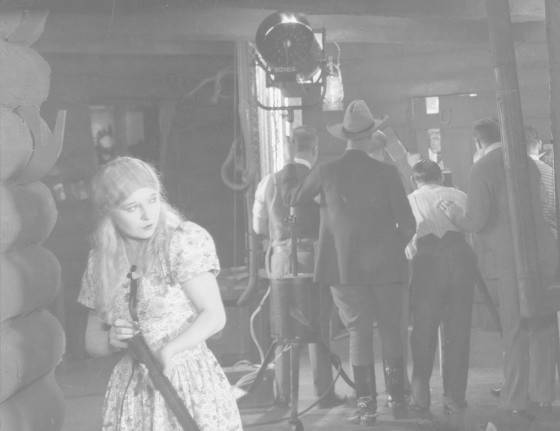 Shooting Stars is a dazzling debut from first-time filmmaker Anthony Asquith, audaciously taking the film industry itself as the theme.

Despite the director credit going to veteran director A.V. Bramble, this is demonstrably the original work of rising talent Anthony Asquith, exhibiting all the attention-grabbing bravado of a young filmmaker with everything to prove. His original story offers sardonic insight into the shallowness of film stardom and Hollywood formulas by use of ironic counterpoint. He flaunts his dynamic cinematographic style and upgrades design and lighting by bringing in professionals.

Synopsis
A love triangle develops on set in a British movie studio filmed at Cricklewood in NW London, where a western and a slapstick comedy are being filmed back-to-back. Mae Feather (Annette Benson), a spoiled star jilts her husband, played by Brian Aherne for the comedian played by Donald Calthrop. In one of the best opening scenes of British silent cinema the handsome Brian Aherne appears as a cowboy, with his ‘gal’ in a calico frock in a classic ‘western’ rural romantic scene. The dove she cradles in her hands pecks at her viciously and the illusion is suddenly dispelled as the camera tracks back to reveal a studio’s wooden sets. She becomes the screeching prima donna while her co-star husband remains calm, slightly amused and dignified as the entire studio staff tries to catch the offending bird. He is, in other words the real thing – he is his star persona. She on the other hand is entirely unlike her nice-girl character and is unwilling to give up the romance of the movies for the real thing. The situation spins rapidly out of control.

Shooting Stars marked the fiction feature debut of British Instructional Films which went on to produce a short-lived but significant run of very good late silent features including several which have been restored and released by the BFI in recent years: Walter Summers’ The Battles of Coronel and Falkland Islands (1928), Asquith’s Underground (1928), A Cottage on Dartmoor (1929).