BIGSOUND BIG ARTIST ALL LINED UP FOR 2018 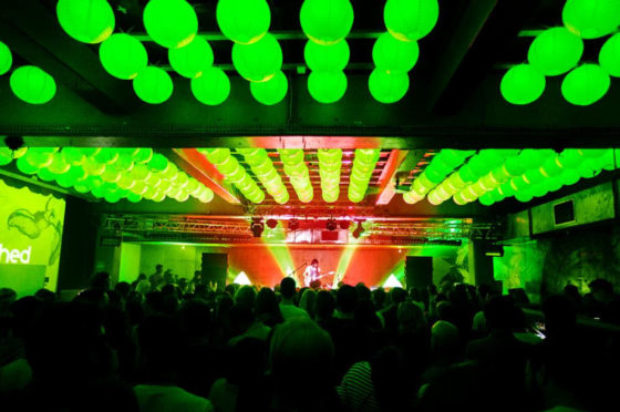 BIGSOUND FESTIVAL ANNOUNCES FIRST ARTIST LINE UP FOR 2018
Following on from a massive first round announcement of speakers in May, BIGSOUNDcontinues to cement its reputation as the country’s biggest discovery event for new music, with the unveiling of the first round of live acts, set to take the stage across 4 nights in Brisbane’s Fortitude Valley this September 4-7.

The event, which brings together key industry figures and music fans from around to the world to sample the best of tomorrow’s hottest Australia acts, welcomes its first 75 acts. Showcases from Australia’s most buzzworthy live acts, including The Chats, Eliott, Cable Ties, Asha Jefferies, yú yī and more, sit among a long list of Australia’s future headliners.

BIGSOUND’s first round of live artists also sees an influx of metal, hip hop and folk music added to the bill; Sydney’s ARTERIES lead the charge for all things heavy, alongside metalcore outfitsGravemind, Sleep Talk and heavy hitters Cast Down. West-Sydney’s Kwame, badass rapperKAIIT and 15 year old KIAN position themselves are key players in the hip hop world, while the uncanny song writing of Georgia Mulligan and new work from Greta Stanley helps reposition the idea of ‘singer-songwriter’.

The festival will also see return sets from a small selection of BIGSOUND favorites includingBlank Realm, Olympia, Gabriella Cohen and Oh Pep! While Brisbane outfit Blank Realm will be using the event as the world premiere for new material – after their previous release achieved critical acclaim around the world from the likes of Pitchfork, BBC, Stereogum and more –Olympia and Gabriella Cohen are also set to make return appearances with fresh work under their belts. Crowd favourites Butterfingers will be making an appearance at the festival, showcasing music for the first time since their 2017 single ‘Big Night Out’.

These artists (and over 70 others) will play in front of labels, publishers, agents, festival bookers and other industry heavyweights. Following in the footsteps of Stella Donnelly, Alex Lahey and Rolling Blackouts Coastal Fever, BIGSOUND Festival artists from 2018 become eligible for the Levi’s® Music Prize, the ability to score $25,000 in prize money and $5,000 in travel from Stage and Screen to assist in progressing their international music careers.

“The amount of BIGSOUND applications this year smashed last year’s record by another 70 to make up approximately 1,133 applications. That’s a lot of talent. Punters wanting to own the fact that “they discovered an artist first”, better get themselves across this massive list of acts, who are on the cusp of exploding worldwide.” said BIGSOUND programmer Maggie Collins.

Final applications are also being called on for BIGSOUND’s music tech showcase which will this year expand to provide even more hands-on opportunities for delegates to experience the future of music. If you work in music tech and would like to showcase your product, idea or innovation, visit www.bigsound.org.au/music-tech “Each year, this event brings together musicians and other music industry professionals, brands and media from around the globe, attracting thousands of music lovers from across the nation,” Ms Jones said.

The Palaszczuk Government is proud to support BIGSOUND via Arts Queensland and Tourism and Events Queensland’s It’s Live! in Queensland calendar, worth $780 million to the state’s economy.”

BIGSOUND FESTIVAL TICKETS ARE ON SALE NOW
FROM OZTIX