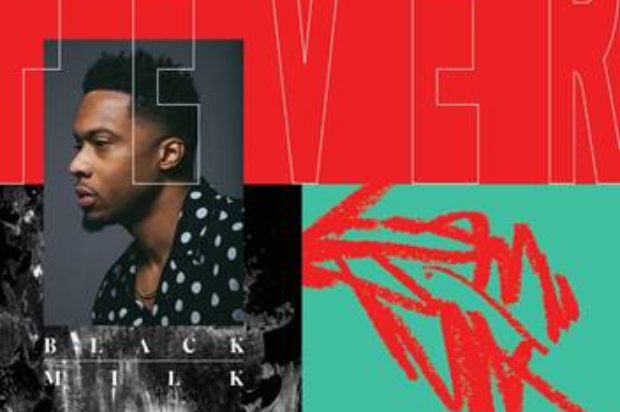 THE DETROIT ARTIST SHARES HIS LATEST MULTI-GENRE, INTENSE FULL-LENGTH AND MAKES HIS DIRECTORIAL DEBUT IN NEW VIDEO, PREMIERED BY NPR

Black Milk’s sixth solo rap album, and his first since 2014’s IF THERE’S A HELL BELOW, FEVER combines pointed and topical lyrics and brilliant musicianship, including percussion from all-star musicians Chris “Daddy” Dave (D’Angelo, Adele, Justin Bieber) and Daru Jones (Jack White), bass by long-time collaborator Malik Hunter and keys and guitar from newcomers Ian Fink and Sasha Kashperko, respectively. A cohesive 12-track project that touches on vital issues such as racism, social media addiction, among others, listening to FEVER evokes the feeling of scrolling through an endless news feed, finding Black Milk reporting and commenting on the world’s problems with empathy and clarity.

Talking to XXL about the inspiration behind FEVER, Black said: “I wanted to make a more colourful, feel-good album because I felt like my last two albums were pretty dark. Of course, between the election and the intense political and social climate, it was hard for me to stay on that feel-good vibe.”

To accompany the release of the album, Black Milk shares the fascinating video for ‘Laugh Now Cry Later’. Co-directed by Black Milk, the video gives us a glimpse into a-day-in-the-lives of a young couple trapped in a social media bubble where issues tug at their emotions but ultimately fail to evoke action. Watch it now HERE! While the song examines the mental and emotional tug of war within social media, the video calls collective outrage (spawned in part by uninformed opinions, “internet activism” and click-bait headlines) into question, as well as our abilities to truly affect social progress offline. Throughout the video, premiered by NPR, who said the video “plays like an episode of Netflix’s sci-fi horror hit Black Mirror, with its incisive commentary on the impact of technology”, the characters are frozen in a zombie-like state, their conversation illustrated through the use of subtitles. Black Milk makes a cameo as a zombified delivery guy who, too, is “trapped.” The lead single from FEVER, ‘Laugh Now Cry Later’earned critical acclaim from critics, including Stereogum who said, “… we hear Black Milk’s pointed, unpretentious flow over a beat that’s full of electronic gasps and live-bass burbles. Seriously: The beat here is incredible.”

“We directed the characters in a way that could leave the viewer to wonder if they’re real people or not”, said Black about the video. “Aside from the content of the song and the ‘dialogue,’ the stillness of the characters is another dimension to consider – are they humans in a robot-like state or are they robots mimicking human behaviour? Their stillness also added a dimension of freakiness. A friend of the director’s enhanced the tears at the end to really bring that element of freakiness / subtle horror home. In terms of the message, I didn’t want to criticize the characters’ social media-induced trance, so I added myself as the delivery guy to show that I, too, am caught in the ‘trap’.”

“As the performance soared into a free-form jam, it was apparent that Mr. Cross and the band had succeeded in pushing the music far from the boundaries of any single genre.” – Wall Street Journal

“Black Milk’s solo career represents a constant cycle of adopting and mastering new production styles and then abandoning them before they become crutches.” – Pitchfork

“His samples are elegant, his rhythms challenging and his drum kits tight.” – NPR

“Cross has no need for these extras; in his world of soul-tugging productions and machinegun-as-velvet delivery they are merely distractions. On this realization, and in the moment, it was hard not be floored by the obvious: this is what talent with genuine poise really looks and sounds like.” – Dallas Observer

“Striking an impressive balance between being rehearsed and spontaneous, he proved his chops as a multitalented artist once again.” –Okayplayer