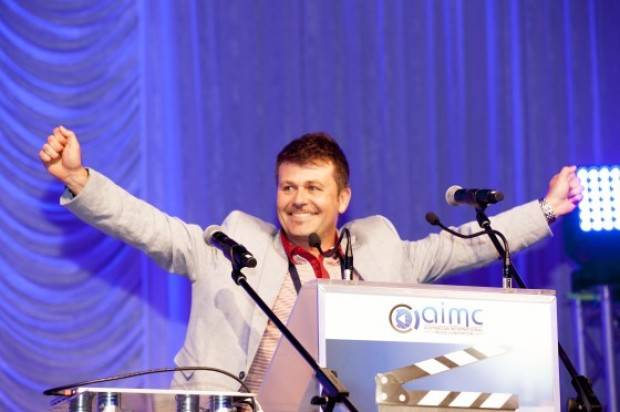 Jupiter’s Casino & Hotel was the usual hype again at this year 69th annual Australian International Movie Convention. Michael Hawkins head of the AIMC gave a warm welcome to all the delegates to the convention on the Monday Morning official opening after the screening of Sunday night Universal film “The Theory of Everything”
I extend a very sincere thank you to Mike Baard and the whole Universal team for a wonderful opening feature last night. Oscars there methinks!! It was given a big nod of approval.

The convention was moved to October as of last year, where previous years it had been in August. The move has proven a success with attendance, weather and an amazing all –time high registrations rate. If not for the move, many of AIMC’s distributor friends would not have preview footage ready in time and the participation my have been lacking. The success of this move has created a even bigger and better 69th Anniversary convention week, filled with action packed networking, exclusive film previews and film showings.  As AIMC suggested, this convention was one not to miss. In the next two years (2015-2016) Box Office will explode with exhilarating new movies, which is said to be at a record-breaking level. Added in the opening speech by Michael Hawkins, he says that the content will be mind-blowing, and without the amazing attendance, the decisions about what to screen would be harder than ever!

NACO Chairman Terry Jackman AM, says the convention is not only a valuable industry event for those working in film production, distribution, cinema exhibition and allied trades but also a significant event for the Gold Coast as to what it draws here for tourism. One of the delicate subjects that was spoken of was still the grave concern of Piracy. More than ever we are dealing with the figures climbing and issue of this is amounting to many job loss in this industry if this keeps going on.

The film industry has gathered together to work cohesively in protecting the very core of the filming world. Michael Hawkins suggests in the opening speech that their needs to be change, and it is now time for legislative reforms.    In the middle of 2014, Digital Content Guide was launched to ensure Australian audiences are provided a place to access licensed music, TV shows, games, eBooks and sport. On this website, the audience can find information regarding different services available, so they can easily explore the content with one click. The industry has worked with the Department of Justice to further examine what ways to educate and advise consumers of public ratings and consumer warnings. If you haven’t already seen or do not understand the short “Piracy, it’s a crime” (with the scary visual effects and eerie sounds and voice over), screened on almost all videos which are released to the public, you have missed the fundamental principle of what this industry is trying to explain to its audience. In this technological era, it’s easy to download movies from the Internet. But did you know that it’s actually stealing? This issue of piracy is what threatens the very nature of the film industry and if this issue is not prevented soon, we may see the end of film production industry altogether. I know I don’t want that, because who doesn’t love to go to the cinema and see the latest blockbuster? Not many people.    Anyways, back to the crux of what’s been happening in the industry. The Department has responded extensively to its requirements in an attempt find a solution or bottom line for this potentially disastrous issue of piracy in the filming industry. Michael Hawkins continues by expressing that he hopes that very soon there will be a mechanism that works best for us all- for cinemas, operators, distributors, the government and the public audience who keep this industry alive. Michael and his team have been working hard with other industries to settle an award that allows employers to manage a work place, which provides optimum fairness and security with varying demands. 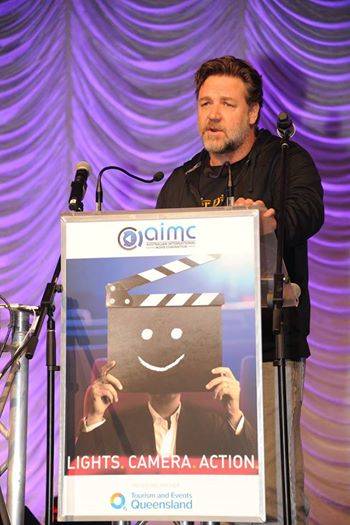 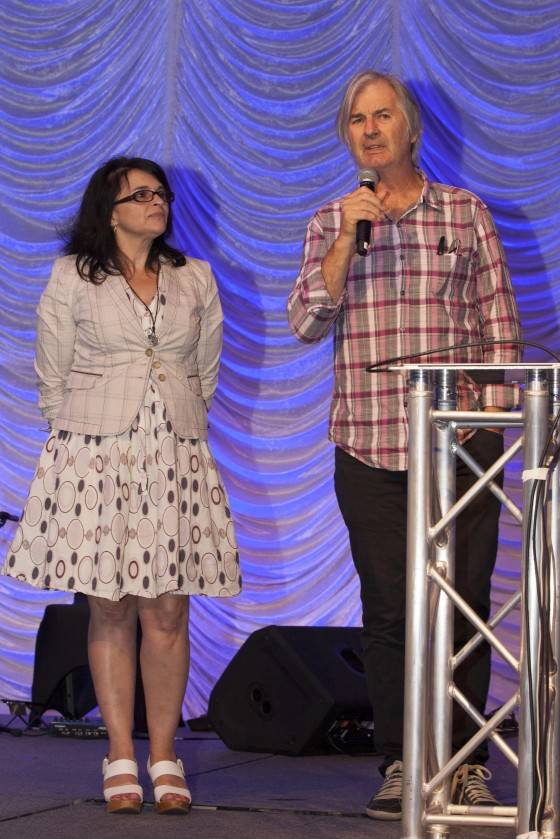 Ending to a great week that gave everyone a wonderful insight to what is coming up and for cinema owners to the distributors to catch up and engage with one another is a factor that comes from a great organisation team of the AIMC. The gala party is the highlight night of nights but a visit from one of our biggest stars “Russell Crowe” who gave a talk on his new film “The Water Diviner”, and a very private look of his new directional film which he plays the leading role was a very special treat for everyone there, that followed by another Aussie Legend John Jarratt who is the director/ actor in his drama comedy story Stalkher! His leading star is Karran Fairfax who presented a few sneak peeks of the trailer for the first time along with one amazing man who is executive producer Allan Finney.
The life Achievement award this year went to Michael Catton and was presented by Allan Finney. 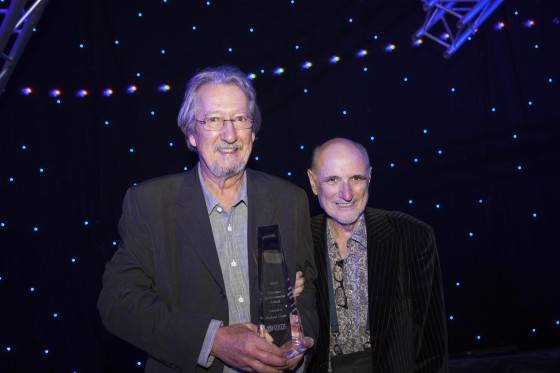 The celebrations went till late and another well deserved after party where all the delegates rock on till the early morning hours. 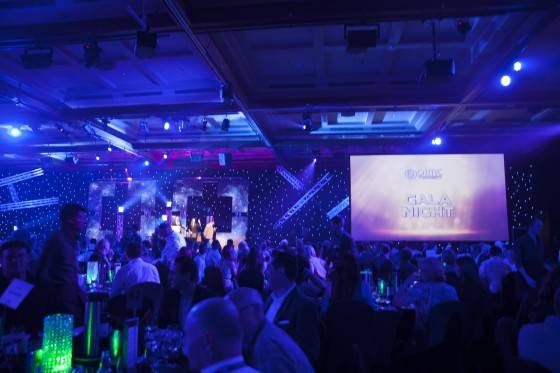