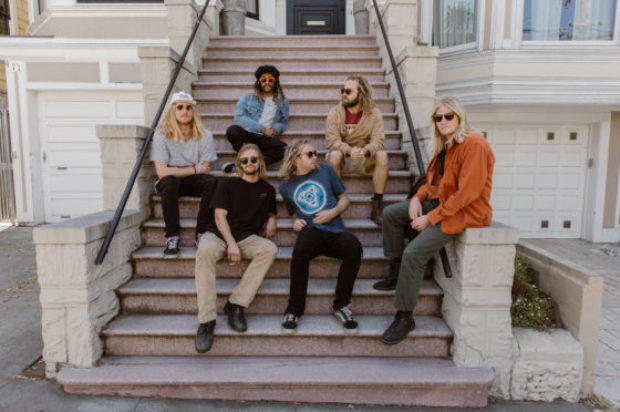 With more artists yet to be announced…

With tickets selling faster than any other Bluesfest in history, we are heading for a spectacular celebration and sell-out festival this April.
Festival Director Peter Noble is getting excited about the 30th Anniversary Celebration stating “Following hot on the heels of The Raconteurs/Saboteurs announcement featuring Jack White, we have four more fantastic artists joining the bill. This announcement features the hottest selling female artist in Australia right now – the incredible Tash Sultana returning to Bluesfest following countless sell outs and major festival slots around the planet, including an incredible 12,000 tickets sold recently in London, and in June she will headline at the 10,000 plus capacity Alexandra Palace there! Tash Sultana is on fire and Friday at Bluesfest featuring Tash, Iggy Pop, Gary Clark Jr., Hozier and the superlative Norah Jones is surely now one of the greatest days of music to have ever been presented at Bluesfest.

What can you say about New Zealand’s SIX60 that hasn’t already been said – their albums have gone NINE x Platinum in their home country, their singles 25 x platinum, not to mention 6 further gold singles and 10 wins at the New Zealand Music Awards including Best Group in 2018 and both the highest selling single and album. In February SIX60 will play at Western Springs Stadium in Auckland having sold out all 50,000 tickets in 10 weeks and selling out more than five months before the concert. The first band from New Zealand to have EVER sold out Western Springs, an event site where U2, David Bowie and the legendary Bob Marley and the Wailers have performed. They truly are the highest selling artist to have emerged from New Zealand and will be playing at Bluesfest on our opening night, Thursday April 18th.

Ocean Alley will join SIX60 to play on our opening night at Bluesfest. From Sydney’s Northern Beaches, they have come into their own in 2018. Fresh from their recent US tour and multiple sell outs in venues across Australia, their chilled out cruisy blend of 70’s Psych crossed with Reggae and Rock style has found them a legion of fans. Currently Sportsbet has their single “Confidence” to win the Triple J Hottest 100 on Australia Day. Go Ocean Alley!
Melbourne based, South American artists Amaru Tribe play music you can’t sit down to! They are Oscar Jiminez’s latest sizzling band featuring Australian based musicians hailing from Venezuela, Colombia, Chile and Argentina and they are truly one of Australia’s finest bands. They play Cumbia in a pulsating Latino way and other Colombian and South American styles, these guys ROCK! We have introduced many fine bands who have gone on to greater things at Bluesfest and here is one more.
There are more announcements coming so stay tuned! Our 30th Anniversary Bluesfest is on Fire! We are forecasting a sell- out. What are you waiting for…”
___________

Welcome to the Jungle… Tash Sultana! We are elated to welcome Aussie icon, Tash Sultana back to Bluesfest for our 30th Anniversary. After two ‘next-level’ performances at Bluesfest 2018 and then watching the self-taught artist sell-out shows across the globe in 2018, excitement is an understatement about this performance! Tash has mastered over 15 instruments with a unique style which is complemented by her vocal capability to engage audiences across her home country of Australia and the world. The one-person powerhouse has come a long way from busking on the streets of Melbourne! Tash recently took home an ARIA award for Blues and Roots Album of the Year with ‘Flow State’ which also topped charts in multiple countries. Tash Sultana is fast becoming a young master of the Industry and we cannot wait to see her perform at Bluesfest again!

Five-piece New Zealand band, SIX60 are making the trip to Byron Bay for our 30th Anniversary Celebration and we are stoked to celebrate with New Zealand’s BIGGEST international touring group. Since releasing their debut album in 2011, the band have received multiple accolades in New Zealand and continue to be the highest selling artist EVER in their home country! The numbers they produce are astounding! Twelve singles have gone platinum or better and both their albums are quadruple platinum! While Lorde is globally popular, in New Zealand SIX60 are miles ahead.
Where others have failed, SIX60 sold out Western Springs in Auckland to almost 50,000 people, a massive achievement. This seasoned live act SIX60 have also rocked the stages of major global festivals such as Glastonbury, SXSW and The Great Escape. Their latest album ‘SIX60’ spent 104 weeks in the Top 20 chart, so if that’s anything to go by – their performance will be a gem to be remembered!

Hotly tipped to take home the hot100 with triple j later this month, Ocean Alley will be helping us celebrate our 30th this April, tailing a truckload of serious hype. After a string of sell out shows in the States and Europe, Ocean Alley continue to captivate audiences with their infectious melody lines and memorable blend of psychedelic-surf-rock, something we are super keen to hear live. March 2018 saw the release of their acclaimed second album ‘Chiaroscuro’. The album has gone on to amass over 18 million streams worldwide, coupled with over 600,000 monthly listeners. It’s a mighty impressive feat for an independent artist. Ocean Alley have received widespread praise for their mesmerising live performances. We’ve heard they attract the crowds so be sure to get your spot up front and centre to see these guys perform live at Bluesfest!
Amaru Tribe is a unique collective of Melbourne based artists from Australia, Colombia, Argentina, Chile and Venezuela who we are super excited to welcome to Bluesfest Byron Bay this Easter long weekend. Vibrating charangos, electronic sounds with Afro-Latin beats and powerful vocal harmonies align with the Australian land, creating a portal which connects the southern hemisphere and gives birth to an unknown genre called ‘Cumbia Oceanica’. Led by Oscar Jimenez and Katherine Gailer, a talented couple who, inspired by their journey, began to share the stage to sing their migrant stories together.