bob Dylan Rolling Stone SHADOWS IN THE NIGHT Sony music studio album by Caroline Russo | on February 6, 2015 | 0 comments | in Music | Like it 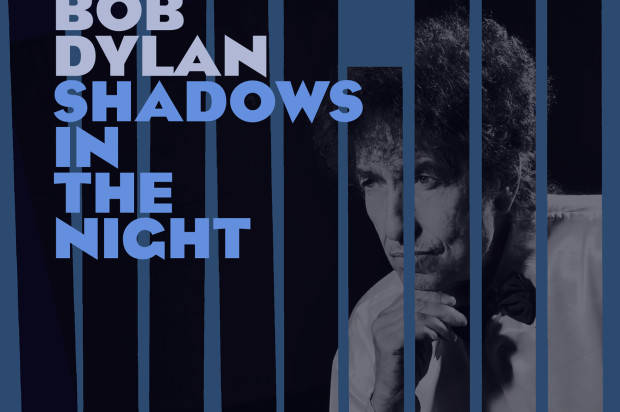 Sony Music Entertainment Australia is proud to release Bob Dylan’s brand new studio album,SHADOWS IN THE NIGHT. Showcasing the artist’s singular interpretive artistry on ten classic American songs, SHADOWS IN THE NIGHT is the 36th studio album from Dylan and the first since the release of his worldwide hit TEMPEST in 2012. Produced by Jack Frost,Dylan’s unique approach to recording the songs included refining complicated arrangements for 30-piece orchestras down to those uniquely tailored for his five-piece band.

Critical response to SHADOWS IN THE NIGHT has been rapturous, with rave reviews coming in from around the globe:

David Fricke wrote in Rolling Stone, “The great shock here is Dylan’s singing. Dylan’sfocus and his diction evoke his late-Sixties poise and clarity with an eccentric rhythmic patience in the way he holds words and notes across the faint suggestions of tempo. It is not crooning. It is suspense.”

The Los Angeles Times’ Randall Roberts summed up his thoughts in his review, writing,“Ten songs, 34 minutes, a soaring lifetime’s worth of emotion conveyed with the fearlessness of a cliff diver spinning flips and risking belly flops in the open air — that’sDylan and his band on the graceful, often breathtaking SHADOWS.… Profound, thematically devastating and so well curated as to feel essential.”

USA Today’s Elysa Gardner opined, “To have a songwriter of Dylan’s stature champion interpretive singing is cause for celebration. The genuine care and knowing he brings to a different American pop tradition, to the music and lyrics – it’s something wonderful.”

In his 5-star review of the album, The Guardian’s Alex Petridis wrote, “It may be the most straightforwardly enjoyable album Dylan’s made since TIME OUT OF MIND. He’s an unlikely candidate to join the serried ranks of rock stars tackling standards: appropriately enough, given that Frank Sinatra sang all these songs before him, he does it his way, and to dazzling effect.”

In another 5-star review, Mojo’s Michael Simmons wrote, “While countless other contemporaries have recorded Great American Songbook collections, SHADOWS IN THE NIGHT – Dylan’s flat-out brilliant contribution to the concept – is not, by any definition, a recreation of the past. His singing on SHADOWS is his best vocalizing in years – in-studio or out. He glides with the melodies and relaxes into them, enjoying the ride that these gems provide….Much will be made of the autumnal theme: from the age of the material to songs that address mortality. But this extraordinary record is more refreshing burst than last gasp and its timelessness speaks more to life than death.”

Bob Dylan’s five previous studio albums have been universally hailed as among the best of his storied career, achieving new levels of commercial success and critical acclaim for the artist. The ARIA Gold certified TIME OUT OF MIND from 1997 earned multiple Grammy Awards, including Album Of The Year, while LOVE AND THEFT earned several Grammy nominations and a statue for Best Contemporary Folk album.

MODERN TIMES, released in 2006, became one of the artist’s most popular albums, surpassing Platinum sales in Australia and selling more than 2.5 million copies worldwide. The album also went on to earn Dylan two more Grammy Awards. TOGETHER THROUGH LIFEbecame the artist’s first album to debut at #1 in both the U.S. and the UK and went on to sell over one million copies. TEMPEST received unanimous worldwide critical acclaim upon release, while the artist’s globe-spanning concert tours of the past few years have heavily emphasized that album’s singular repertoire.

These five releases fell within a 15-year creative span that also included the recording of an Oscar and Golden Globe winning composition, ‘Things Have Changed’, from the film Wonder Boys, in 2001; a worldwide best-selling memoir, Chronicles Vol. 1, which spent 19 weeks on the New York Times Best Seller List, in 2004, and a Martin Scorsese-directed documentary, No Direction Home, in 2005. Bob Dylan also released his first collection of holiday standards,CHRISTMAS IN THE HEART, in 2009, with all of the artist’s royalties from that album being donated to hunger charities around the world.

In recent years, Bob Dylan was the recipient of the Presidential Medal of Freedom, the United States’ highest civilian honour. He was awarded a special Pulitzer Prize in 2008 for “his profound impact on popular music and American culture, marked by lyrical compositions of extraordinary poetic power”. He was also the recipient of the Officier de la Legion d’honneur in 2013, Sweden’s Polar Music Award in 2000, Doctorates from the University of St. Andrews and Princeton University, as well as numerous other honours. Bob Dylan has sold more than 125 million records around the world.

‘SHADOWS IN THE NIGHT’ TRACK LISTING: