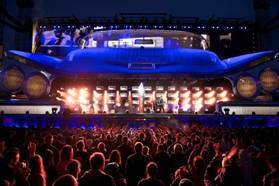 BON JOVI is bringing their incredible new live production to Australia in December and Dainty Group has just announced brand new premium seats, for all stadium shows, will be released for sale on Monday 19th August at 12noon.

The new release of premium seats includes the Melbourne Etihad Stadium show on December 7 which sold out as soon as it went on sale. 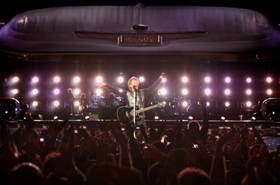 New premium seats will be released for:

Tickets will go on sale at 12noon on Monday 19th August

In other news Pollstar Magazine has just named Bon Jovi the #1 worldwide touring act of 2013.  The iconic band has scored the top-grossing spot on the strength of “BON JOVI Because We Can – The Tour,” which launched in February 2013 and has consistently sold out stadiums and arenas around the world.

In this spectacular new show fans will be treated to an unforgettable night of Bon Jovi’s huge arsenal of hits, as well as new tracks from the band’s latest albumWHAT ABOUT NOW which debuted at # 1 on the Australian charts.

Detroit rocker Kid Rock will join Bon Jovi as special guest on the “Because We Can”Australian tour.  This will be Kid Rock’s first ever tour of Australia and the ONLY SHOWS he does in Australia.