books to list funny books gifts ideals READING NOW by Caroline Russo | on December 11, 2017 | 0 comments | in Books | Like it 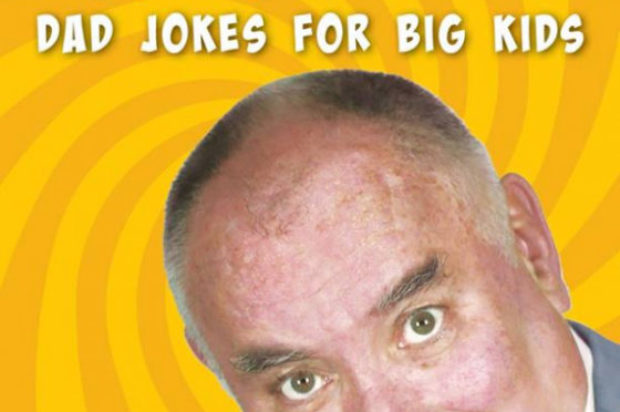 Dad jokes are in and of themselves an art form. The first step is that
they have to be so bad they’re funny. They also have the sort of
punchline that you should have saw coming but somehow didn’t.
And they’re all a little embarrassing to laugh at. But hey, if everyone
else is probably groaning, laughing or perhaps doing both at the
same time, your goal has been achieved!

Radio DJ Pete Graham is the ‘King’ of the Dad joke. Every day he
posts a Dad joke on his Facebook page and brings a laugh to
thousands of people. You could say that Pete resides is a
permanent state of ‘Dadsville’. Here, for the first time, is a
collection of Pete Graham’s favourite Dad jokes in Welcome to
Dadsville – Dad Jokes for Big Kids.

What Happens in Bali
Drugs, murder and misadventure from
the dark side of the island paradise
By Richard Shears
It is known as the Island of Gods and with more than four million tourists, both rich and budget-conscious, visiting Bali each year, it is inevitable that things will go wrong. Drugs, surfing, murder, love, death on the roads, hangovers, bombs, relaxation….they are all part of the cocktail of life in a land of looming volcanoes, hillside rice paddies and idyllic beaches. What Happens in Bali covers many topical and up-to-date stories including Schapelle Corby, the Bali Nine, English grandmother Lindsay Sanford, who remains in Bali on death row, and recently jailed lovers Sarah Connor and David Taylor. From ancient wars to modern day dramas, this is what happens in Bali.
ABOUT THE AUTHOR
As a career journalist, Richard Shears has covered stories all
over the world, from Yellowknife in Canada, to the African
continent, the tiny island of Mog Mog in the Pacific and the
Antarctic circle. There have been vast oceans and jungles in
between. His assignments, one of which has resulted in being
awarded a prestigious UK Press award for foreign reporting,
have included wars all over the world, among them the
conflicts in Iraq, Afghanistan and East Timor.