An Uncertain Grace books good reading Krissy Kneen by Caroline Russo | on April 17, 2017 | 0 comments | in Book Reviews | Like it 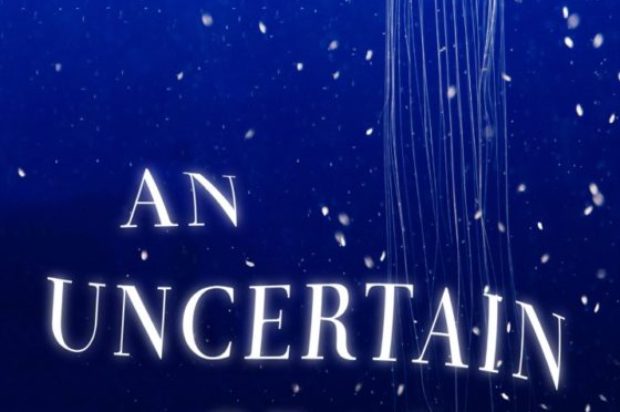 An Uncertain Grace by Krissy Kneen
Review by Kylie Thompson

Krissy Kneen is a writer you may not hear mentioned constantly, but she’s one of Australia’s most gifted storytellers. Unflinchingly willing to explore the darker hearts and desires, she’s an often confronting Australian erotica writer with a knack for bypassing the standard titillating fare to get to the heart of human wanting.
Kneen has a gift for crafting visually staggering imagery using the simplest terms; she makes poetry from the everyday in a way that’s utterly spellbinding. In ‘An Uncertain Grace’, Kneen has turned her attention towards sexual politics, with a series of interwoven stories around the life of Liv, a visual storyteller who has found a way to let audiences live stories- and memories.

As the technology evolves, and the world changes, Liv is left to try and find the narrative in amongst the human- and not so human- lust and suffering.
I once heard a reader saying that Kneen’s work is best avoided if you’re a survivor of abuse- and there’s something to be said for going into ‘An Uncertain Grace’ knowing that it’s an exploration of sexuality that does touch upon darker subject matter than we’re often used to or comfortable with. There’s talk of child abuse and abusers within these pages: this is a conversation around confronting topics, so tread carefully if that’s going to be something you struggle with.

It’s hard to read, for example, about a synthetic boy designed to study child abusers, created to enjoy the encounters- perhaps to appease scientific guilt at a childlike figure thrown into rooms with predators. And there’s a good chance that in another author’s hands, I’d have been furious at the work. But Kneen clearly isn’t approaching the subject matter in the name of controversial titillation. Instead, it’s a reasoned, emotive, and highly compelling exploration of what it means to be human, and the humanity of love, desire, and sex. Not the easiest read at times, certainly, but the sort to leave you thinking about the world in a way you probably haven’t thought about it before.

‘An Uncertain Grace’ is rife with fraught subject matter, deftly and lovingly handled by an author who has little interest in pushing her own moral agenda. Instead, it’s a canvas upon which the audience can contemplate their thoughts and reactions to the gathering of ideas about our uncertain futures. If you’re looking for some thoughtless entertainment, this isn’t the book you’re looking for. But if you’re willing to spend an afternoon thinking, feeling, and wondering, then you’re probably going to enjoy Kneen’s work.

‘An Uncertain Grace’ is published by Text Publishing, and is available through selected retailers.