book reviews books to read crime stories Match Up by Caroline Russo | on June 29, 2017 | 0 comments | in Book Reviews | Like it 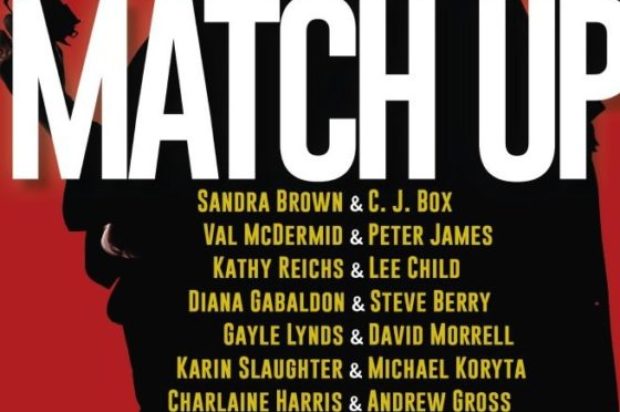 Match Up edited by Lee Child

Review by Kylie Thompson
Rating: 4 and a half stars

It’s good to be a crime and thriller reader. We’ve got some of the most iconic characters on our bookshelves, sure, but we also have ITW. ITW, or ‘International Thriller Writers’ is a group of working thriller writers who release regular anthologies into the world. What that means is that some of the biggest names in crime and thriller writing are releasing short stories regularly, giving us new, if short, adventures for their famous creations.

The last, and most popular of the ITW anthologies was ‘Face Off’: a series of stories that crossed the streams and left readers desperate for more. ‘Face Off’ wasn’t your typical short story collection: instead, writers paired up to bring their iconic characters together within the stories. The sequel, ‘Match Up’ brings 22 powerhouse writers together in a series of 11 short crime stories, their characters brought together to try to save the day- and often, their own lives.

Charlaine Harris’s Harper Connelly alongside Andrew Gross’s Ty Hauck. Val McDermid’s Tony Hill working with Peter James’s Roy Grace. Kathy Reich’s Temperance Brennan fighting to solve a murder with the help of Lee Child’s Jack Reacher. If you’ve ever wondered how your favourite crime fighters would work together- or whether it’d lead to an all-out brawl, this is probably going to be a must-read.

It’s hard, at times, to remember that these characters don’t usually interact. The chemistry between characters is palpable, and it’s clear that the writers have enjoyed themselves. It’s not always serious crime solving- the puns fly thick and fast between Val McDermid and Peter James’s characters in their hunt for an unusual murderer, after all. But that’s part of the fun with these collaborations: each pair of writers is set loose upon their shared universe, allowed to bring whatever they want to the page.

For those still finding their feet in the crime and thriller genres, this is a fantastic chance to find some new characters to love, and new novels for your TBR pile. But for those who already know the characters well, it’s a great chance to see them at their best- and maybe even their worst- as the personality clashes reach boiling point.

‘Match Up’ is fast paced, spellbinding storytelling at its finest, and a collection of universes you’ll want to see far more from. If you’re a fan of crime and thrillers, or just incredible storytelling, this is definitely a must read.

‘Match Up’ is published by Sphere/ Hachette, and is available at leading retailers.