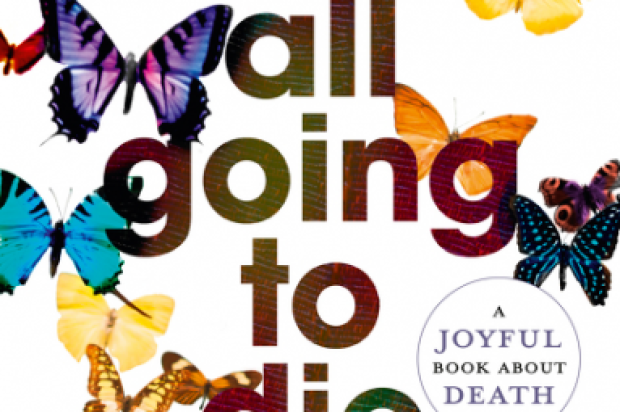 We’re All Going To Die by Dr. Leah Kaminsky
Review by Kylie Thompson

Rating: 3 and a half stars
Genre: self-help, health and wellbeing

The title says it all, really: we’re all going to die. Everyone we love will one day be dead, and there is nothing whatsoever that can be done to change it. It’s not a cheerful topic, really, which is one of the reasons our society hides death behind a legion of polite, vague phrasing and stark white hospital curtains. Death isn’t sexy. In fact, according to psychologists, it’s one of our biggest, most consuming fears.

Oddly, it wasn’t always this way. Human beings used to be a lot less terrified by death, and a lot closer to the process of saying goodbye. Before hospitals, family would care for the infirm at home, and would wash and dress the bodies of loved ones before the funeral process began. Death was literally in the family home, and there was little time to be precious about an inevitable part of life.

Why, then, are we so desperate to believe that death can be ignored?

‘We’re All Going To Die’ is a GP’s attempt to bring some honesty to the conversation around mortality, stripping back the false platitudes to look at the realities of aging and death. Not the physical elements- this isn’t a book about the stages of rigor mortis, after all- but the emotional quandaries that arise when we realise that mortality is far closer than we’d hoped. Throughout, Kaminsky questions that instinctive unease at discussing death that even doctors carry, with a particular focus on who benefits from that silence.

Why should a doctor hesitate to speak frankly to a patient about their mortality? At what point does giving hope become cruelty rather than solace? And why should we, as carers and loved ones, refuse to talk openly about the realities faced by someone we love? It’s an odd way to go about supporting someone dealing with a new, often scary, reality.

This is an anecdotal kind of storytelling, rich with examples of reckless spirits living their lives to the absolute fullest. In a sense, the story here is about conquering death by taking its power away, whether through a belief in a higher power and afterlife, or by the conscious choice to not let fear take away the too-little time we feel we have. There are times when that mentality will work for readers, and times when it really, really won’t, and this is the sort of book that readers may need to put down and come back to when they’re in a better mind-set for the realities within it.

Though the cover proclaims it a ‘joyful book about death’, I’m not sure I’d go that far. There are moments to make you smile, certainly (like the story of a 90 year old woman determined to compete in the Senior Olympics), but there’s a bittersweet element to this work that you just can’t escape.

‘We’re All Going To Die’ is an important book, certainly, and a conversation that we should all be having. It’s a call to action, a reminder that you can choose to fear, or you can choose to spend your time more meaningfully. Whether you can see the joy in such a quest has more to do with personal outlook than authorial intent, though.
‘We’re All Going To Die’ is published by Harper Collins, and is available through the publisher’s website, and through leading online and bricks and mortar retailers.