arts BRISBANE event Science by Caroline Russo | on December 14, 2018 | 0 comments | in Entertainment | Like it 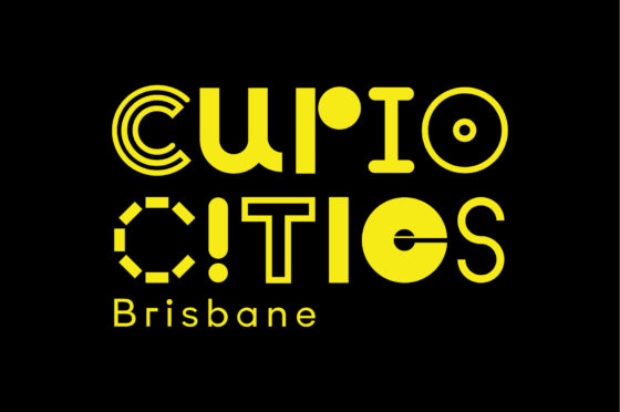 Curiocity Brisbane is an immersive, interactive and multi-sensory experience that will link the city from South Bank to New Farm from March 15 to April 3, 2019.

The concept of this interactive, innovative, flagship event for Brisbane has grown from a close collaboration between the Queensland Government, through Tourism and Events Queensland, and Brisbane City Council, through Brisbane Marketing.

“Through the close partnership of TEQ and Brisbane Marketing, we’ve been able to create this new event for Brisbane, which will grow over future years to become a national and international major event,” Ms Jones said.

“Curiocity Brisbane builds on Queensland’s reputation as a leader in innovation, technology and start-ups. The event will also be a key feature of the 2019 It’s Live! in Queensland events program,” she said.

“Brisbane is Australia’s New World City and Curiocity will deliver a three-week festival of innovation, showcasing our city’s aptitude for science and creativity,” Cr Quirk said.

“Hundreds of thousands of people are expected to flock to Brisbane for this event, contributing to a $150 million annual boost to the local economy as well as the local tourism, hospitality, retail and service industries.”

Visitors of all ages will be able to explore, create and play among a gallery of interactive creations, augmented reality spaces and music pop-ups. The inaugural Curiocity Brisbane includes the World Science Festival Brisbane 2019 (March 20-24), QODE; brand-new global technology and innovation event (April 2-3) and Curiocities; a trail of 10+ eye-opening interactive installations (March 15 – April 3).

The Curiocities will be positioned along the Brisbane River from South Bank’s Cultural Precinct to Brisbane Powerhouse and operate both day and night over the 20 days.

Wave Opus III is a large-scale self-playing instrument, which resembles a waveform and was originally commissioned for the Institute of Modern Art in 2017.

Curiocities, such as Wave Opus III, are designed to spark the imagination and encourage visitors to challenge and embrace their curiosity about science and innovation, about Brisbane, and about their place in the universe.

“Brisbane is a beautiful mix of urban and open environments that inspire people to explore the city and engage with its creativity, not just observe it,” Mr Stewart said.

“There is a magic to Curiocity Brisbane. It’s for the explorers, inventors and creators; for the makers and doers. It has an undeniable ‘wow’ factor.

“Imagination and innovation are what make Brisbane special and Curiocity Brisbane puts visitors right at the centre of that, whether it’s discovering science and technology or immersing themselves in the brilliance of music and art,” he said.

Also making its debut in 2019 under the umbrella of Curiocity Brisbane is QODE; a global technology and innovation event for companies, government, investors, entrepreneurs and startups looking to influence and shape the global business landscape.

The two-day event at Brisbane Convention and Exhibition Centre features 15 international speakers, 70 exhibitors and more than 50 start-ups, and will welcome more than 1,000 delegates.

Chief QODE Officer and Managing Director of Messe International Jackie Taranto says the new event is an immersive experience of the world’s leading companies and thought leaders in the tech space, and a serious business platform with a focus on the thriving startup community in Queensland.

“QODE will become an annual event; a serious B2B platform with an expo where the focus will be on showing and sharing content – not simply visiting booths – with an incredible line-up of the world leading keynote speakers and workshops,” Ms Taranto said.

“Our focus in the first year is to establish an understanding of global trends, future trends and what is driving innovation, then evolve to become a unique platform that actually innovates and stimulates entrepreneurship and innovation.

“This is the right time in this region to launch QODE with the Queensland Government and Brisbane City Council making a collective decision to invest in innovating and stimulating entrepreneurship,” she said.

The hugely popular World Science Festival Brisbane returns in 2019 as part of Curiocity Brisbane’s line up of events, with thousands of attendees expected to answer the call to “explore, create and play”.

In 2018, the festival injected almost $9 million into the Queensland economy and generated more than 65,000 visitor nights in Brisbane. Queensland Museum Network Acting CEO Dr Jim Thompson said Queensland Museum’s World Science Festival Brisbane makes science accessible to all.
“Now in its fourth year, World Science Festival Brisbane has cemented its place as a premier state-wide event that champions science and the relevance it has in our everyday lives,” Dr Thompson said.

“Queensland Museum presents the festival as a platform for scientists to share their work and passion with the public and we are excited to be able to reach a new audience by being part of Curiocity Brisbane in its inaugural year.”

World Science Festival Brisbane explores and celebrates the intersection of science and art through a month-long program of interactive workshops, engaging demonstrations, inspiring theatrical and cinematic experiences and thought- provoking conversations across Queensland.

Stay up to date with the latest Curiocity Brisbane news, including the announcement of new Curiocities, at curiocitybrisbane.com.au

For more information on QODE and to purchase tickets, visit qode19.com Early bird tickets for World Science Festival Brisbane are on sale now.