Brisbane event to become world’s best for science and innovation

Brisbane event curiocity science and innovation by Caroline Russo | on April 17, 2019 | 0 comments | in Daily News and Updates | Like it 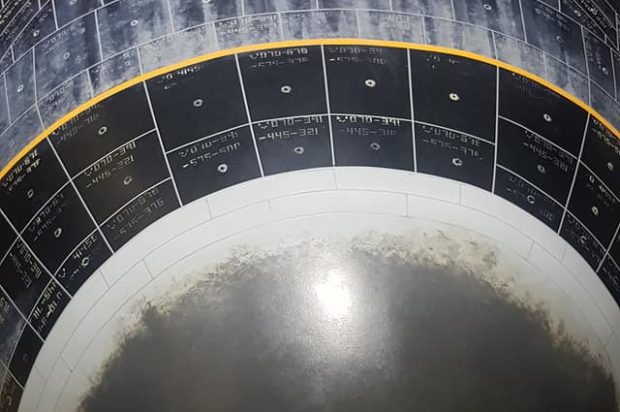 New data shows more than 325,000 people attended Curiocity, QODE and the World Science Festival Brisbane over the past six weeks, boosting Queensland’s reputation as a world leader in science, technology and innovation.

Curiocity – a new concept developed by the Palaszczuk Government through Tourism and Events Queensland and Brisbane City Council through Brisbane Marketing – ran from 15 March to 3 April.

Innovation and Tourism Industry Development Minister Kate Jones said Curiocity was part of a strategy to create the jobs of the future.

“Curiocity and QODE are about showing the world what Queensland’s best entrepreneurs, scientists and innovators have to offer,” she said.

“We envisage this event will become Australia’s pre-eminent science, technology and arts festival over the next few years – particularly given the great data we’ve seen today.

“Using the global stage at QODE we launched a blueprint for Queensland’s future to drive jobs growth and solve some of the state’s largest challenges through innovation.

“The Palaszczuk Government is proud to support major events like this – they play to our state’s strengths, showcase our unique industries bring more visitors to our state and support local jobs.”

Minister for Science and the Arts Leeanne Enochsaid this year’s World Science Festival Brisbane recorded the largest number of visitors since the festival began in 2016.

“This year’s record-breaking crowd numbers, including in regional areas, shows that Queenslanders are getting engaged in science,” Ms Enoch said.

“There were more than 100 events held across Brisbane and regional areas including Gladstone, Townsville, Ipswich, Toowoomba and Chinchilla, and I am delighted that in some areas we almost doubled the number of visitors.

“Queensland is the only place this event is staged outside of New York and showcases our state as an international destination for scientific ideas and innovation.

“The Palaszczuk Government is proud to see the growing success of this landmark festival, which we have been able to secure in Queensland until 2021.”

Queensland Museum Network CEO Dr Jim Thompson said the growth of the World Science Festival was something to be proud of and the number of visitors attending meant the event was delivering a program that appeals to everyone.

“Queensland Museum continues to be a central hub of the World Science Festival Brisbane welcoming visitors of all ages who were engaged in a variety of talks, performances, activities that featured turtle hatching, marine life, and of course space travel,” Dr Thompson said.

“We are looking forward to bringing the festival back next year to Brisbane and our regional communities, of Townsville, Ipswich, Toowoomba, Gladstone and Chinchilla to showcase scientific developments and discoveries from around Australia and the world.”

NASA – A Human Adventure is the largest ever exhibition hosted by Queensland Museum and has already been well received, further cementing Brisbane’s place as a world-class event host and science hub.

Inaugural Guest Director of Curiocity Brisbane and Brisbane Powerhouse Artistic Director Kris Stewart said the Curiocities that were on display during the event were developed by artists, scientists and creators from Brisbane, Australia and overseas.

“Brisbane is a beautiful mix of urban and open environments that inspire people to explore the city and engage with its creativity, not just observe it,” Mr Stewart said.

“There is a magic to Curiocity Brisbane. It’s for the explorers, inventors and creators; for the makers and doers. It has an undeniable ‘wow’ factor.

“Imagination and innovation are what make Brisbane special and Curiocity Brisbane put visitors right at the centre of that, whether it’s discovering science and technology or immersing themselves in the brilliance of music and art.”

“The two-day QODE program facilitated conversations and created engagement within the global tech, innovation and business ecosystem, showcasing talent that is unique to Brisbane and globally relevant,” Ms Taranto said.