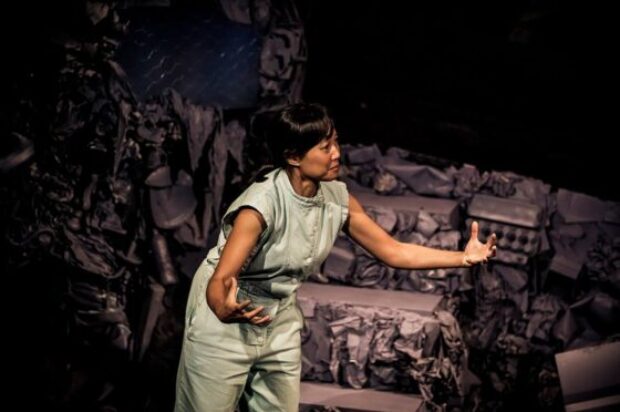 presented in association with Metro Arts.
‘Sea levels, displacements, poverty… who is listening?’

Thought-Provoking with a punch from each performer acted out! Thumbs Up.

Facing imminent environmental, economic and social collapse, through rising sea levels, scarcity of food and fresh water, and open conflict between Government and Rebel forces, a remote island country is at a tipping point.

When a bomb explodes killing civilians and UN peacekeepers the pressure mounts for definitive action to solve this ecological and humanitarian crisis, but the competing visions of the Nation’s future have no room for compromise. Among the widespread chaos, five individual stories of integrity, idealism, justice, compassion and hope emerge. 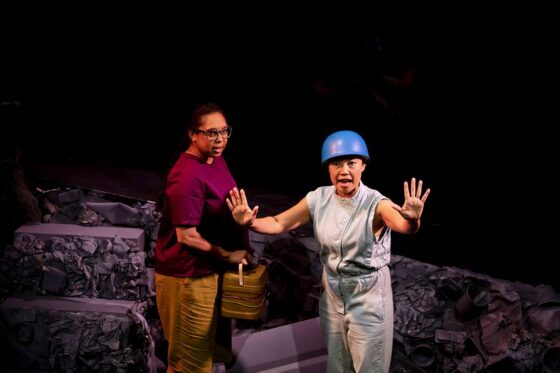 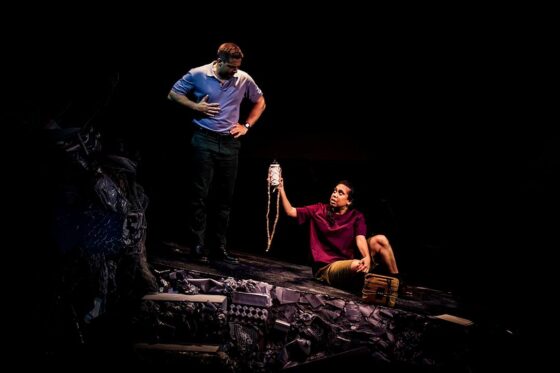 With five emerging female playwrights, Hannah Belanszky, Madeleine Border, Emily Burton, Lauren Sherritt, Sarah Wilson put together this very intense subject in what would have had to be a task and half to combine this playwright’ but they have achieved amazing results that contributed to being played out by three extremely talented Queensland actors Chenoa Deemal, Ling Cooper, Steven Rooke.

The art design of the set was again impressive and direction by Kate Wild is one to be applauded as to ever-changing parts of the actor’s performance that brings this production to high standards.

Rising is set to finish on Saturday 13th Feb and I urge to go see this as it is one to ponder on and to give credits to upcoming talent. 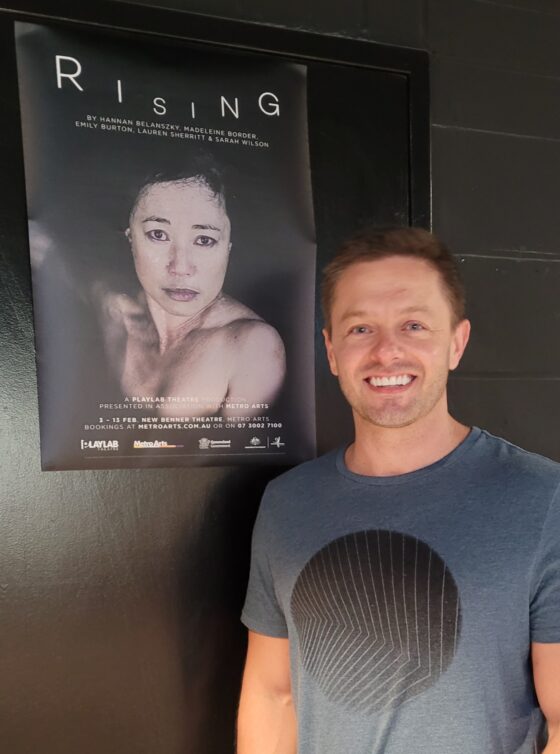