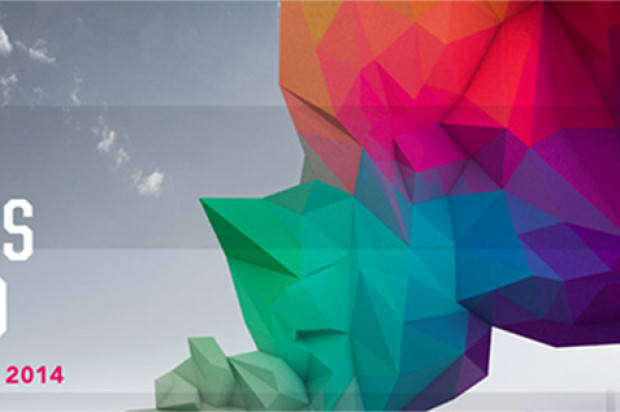 From 3-7 September, Brisbane Writers Festival (BWF) will gather together more than 200 bright and curious minds from around the world – writers, artists, thinkers and innovators – for a conversation of stories and ideas.

Rather than dictating a theme for 2014, BWF Director and CEO Kate Eltham has crafted an enticing menu of events and experiences for festival goers to explore and enjoy.

“The Festival is a conversation, one we start by bringing amazing writers and thinkers together, and one to which we hope the Brisbane community will add their voices. Whether you love losing yourself in stories and language, or thought-provoking conversations and big ideas, I am confident you will find something to stir your passions,” said Ms Eltham.

Bestselling American author, publisher and philanthropist Dave Eggers will give the opening address on Thursday 4 September sharing his passion for the power of the written word to inspire and change and then on Friday will be part of a special event at Brisbane Powerhouse – the Literary Vaudeville Show, with songwriter Willy Vlautin (USA), Hineomoana Baker (NZ) and the 2014 Arts Queensland Poet in Residence Warsan Shire (UK).

Friday night also sees two weighty subjects being tackled over at Brisbane City Hall: Former Australian Prime Minister Malcolm Fraser discusses US-Australia relations and our role in the Pacific region; whilst author Helen Garner (in her only Festival appearance) will talk about her book This House of Grief which covered the murder trial of Robert Farquharson, the man convicted of killing his three sons by driving them into a dam. Eltham’s signature Inspire series makes a welcome return on the Saturday of the Festival and will talk to three topics: Adventure (Tony Wheeler), Food (Robert Pekin and Jerry Coleby –Williams) and Resilience (Anna Bligh, Rebecca Sparrow, Tim Ferguson).

Good Thinking Lectures will be a highlight of Saturday with Tara Moss who will explore the historical tropes of women underpinning her bestselling non-fiction book The Fictional Woman; Bob Brown who returns to talk “Optimism” and David Marr who shares his thoughts on “Inequality”.

The Edge will play host to 20 Questions, an 80s-style election night party hosted by ABC 612 Brisbane’s Rebecca Levingston on Saturday night, exploring Brisbane’s responses to 20 questions about who we are and what we think. This event will also feature Jennifer Byrne, Caroline Overington, Nick Earls and Matthew Condon.

STORY + extends to a FREE two-day conference in 2014 featuring an amazing line-up of presenters from around the world including Greg Broadmore of WETA Workshop, Richard Nash of Byliner and Joanna Ellis of The Literary Platform, all looking at the future of storytelling.

The 52-Storey Treehouse by Andy Griffiths and Terry Denton will come to life in a FREE interactive play space as part of Alphabet Zoo (10am to 4pm Wed to Sun). Children and families are invited to drop in, design their own level of the Treehouse and explore the whacky imaginations of Australia’s best loved storytellers for children (who will also make a special appearance!).

A popular Festival program BWF in the ‘burbs will offer a slate of FREE author events in partnership with community libraries across Brisbane, Ipswich and Logan. The highlight of this will be an event called Love YA! -a whole Saturday afternoon dedicated to teens and fans of young adult (YA) fiction at Brisbane Square Library with Laini Taylor, Sean Williams and AJ Betts.

Sunday will see gamers chanting “may all your games be good ones” as Bajo and Hex from ABC’s Good Game explore narrative and games with a blistering line-up of Australian and international guests including Jeffrey Yohalem (from Ubisoft Montreal, writer of games such as Assassin’s Creed and Child of Light). Spawn Point Live! provides the perfect platform to ask the experts to share their tips on how to unlock the door to the castle or get to that hitherto elusive next level, as well as a unique opportunity to test drive some new games.

Lovers of politics will enjoy Balance of Power a session with Bob Brown, Rob Oakeshott and Wayne Swan, as well as one-on-one sessions with Oakeshott and Swan, and State of the Nation with Laura Tingle and Robert Manne.

Situated on the Maiwar Green the Festival Club opens at noon daily with food stalls to keep you fueled until after dark as well as FREE sessions all afternoon and long into the night on Friday, Saturday and Sunday. BWF is Brisbane’s glorious annual celebration of words and ideas. So come along, be inspired, and meet the storytellers and wordsmiths who seduce and elevate us.